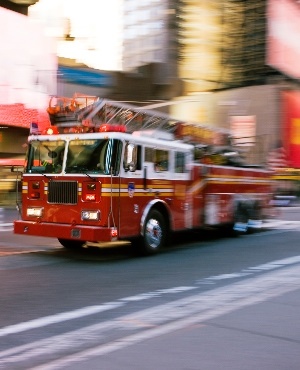 A scorned woman has reportedly been arrested after setting her boyfriend’s house on fire after she caught him cheating.

Tyetha Moore from Florida in the US reportedly borrowed petrol from a neighbour and used it to set alight her ex-boyfriend’s home, Metro reports.

A neighbour reportedly saw the woman jump into her ex’s property and attempt to open a window. Soon after she the property, throwing an empty water bottle in the garbage, neighbours realised that the home was on fire and called the fire department, Orlando Sentinel reports.

When firefighters arrived, Tyetha was standing in the driveway.

She told police officers that she used to live in the house but moved out when she discovered that her boyfriend had been cheating on her with another woman, according to the Pensacola News Journal.

Police arrested Tyetha on 7 November and she’s since been charged with first-degree arson.

We live in a world where facts and fiction get blurred
In times of uncertainty you need journalism you can trust. For 14 free days, you can have access to a world of in-depth analyses, investigative journalism, top opinions and a range of features. Journalism strengthens democracy. Invest in the future today. Thereafter you will be billed R75 per month. You can cancel anytime and if you cancel within 14 days you won't be billed.
Subscribe to News24
Next on You
Why Jesse Hess' father still can't find peace after her cousin is convicted of her murder

Read more on:
girlfriendfire
LATEST YOU