YouTuber’s cruel video sees him banned from the platform 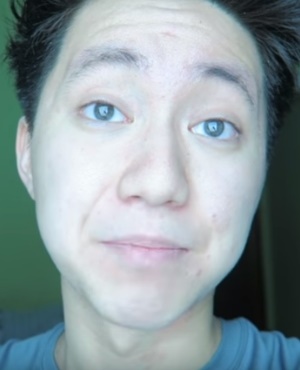 A YouTuber has been banned from the video-sharing platform for five years by a court after sharing footage of himself feeding a homeless man toothpaste-filled Oreo biscuits.

According to The Guardian, Kanghua Ren, better known as ReSet, accepted a dare back in 2017 to scrape the cream out of Oreo cookies and replace it with toothpaste.

He then approached a Romanian man who was living on the streets of Barcelona, Spain, gave him the biscuits and a €20 note (then about R295) and filmed the encounter.

Gheorge L (52) later vomited and told a local newspaper he had “never been treated so poorly” since becoming homeless, writes The Metro.

ReSet, who was born in China but grew up in Spain, didn’t seem remorseful for his actions.

“Maybe I went a little too far but look on the bright side: this helped him clean his teeth,” the 21-year-old told his 1,1 million followers. “I don’t think he’s brushed them since he became poor.”

The video received so much backlash ReSet was forced to take it down after a few days. He then recorded another video with Gheorge, saying: “People exaggerate over jokes in the street (played) on a beggar, when surely if it’s done to a normal person they wouldn’t say anything.”

The YouTuber later paid his victim’s daughter €300 (then about R4 430) to persuade her not to take legal action. He also attempted to stay the night with him on the street, but a witness called the police.

ReSet defended himself in court, telling the judge Rosa Aragonés that he does “things to mount a show: People like what is morbid”.

But she ruled his behaviour towards Gheorge was not an isolated incident as the prankster had displayed “cruel behaviours” towards other victims too.

According to The Metro, the 21-year-old had previously filled sandwiches with cat faeces and fed them to school children and elderly people.

He was fined €20 000 (about R324 800) and handed a 15-month jail sentence. But it’s unlikely he’ll spend time behind bars as Spanish law usually suspends short prison sentences for first-time offenders, according to the Independent.

ReSet has continued to post online. In a recent video the vlogger warned his followers not to believe everything they read.

“What did I do to earn your hatred?” he asks in the clip, published several days after the verdict barring him from YouTube.

SOURCES: Independent, The Metro, The Guardian

We live in a world where facts and fiction get blurred
In times of uncertainty you need journalism you can trust. For only R75 per month, you have access to a world of in-depth analyses, investigative journalism, top opinions and a range of features. Journalism strengthens democracy. Invest in the future today.
Subscribe to News24
Next on You
How workers at Diemersfontein Wines are winning all the way after becoming shareholders