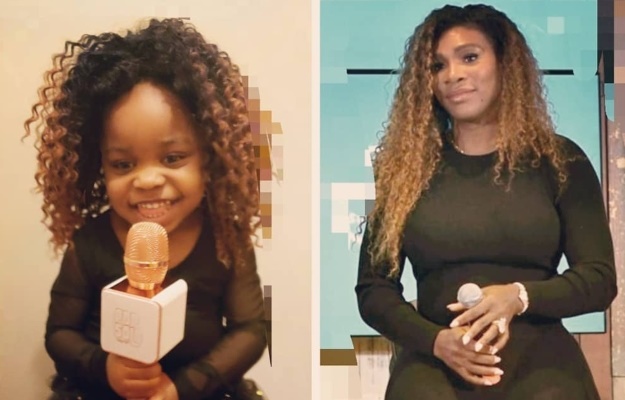 This mom wants her daughter to realise that she has limitless opportunities in life.

Sasha Bonner from North Carolina in the US decided to celebrate Black History Month by dressing her daughter, Riley Johnson, as inspiring women, ABC News reports.

“When I was growing up, women weren’t that well represented, so I didn’t really know all my potential. I just didn’t see it,” Sasha says.

“I grew up thinking Harriet Tubman and Sojourner Truth were the same person because I learned about them at the same time on the same day during Black History Month.”

Day 16 of 28! #whitneyhouston #blackhistorymonth #blackherstory #rmjbhm #rileyjohnson Whitney Elizabeth Houston (August 9, 1963 – February 11, 2012) was an American singer and actress. She was cited as the most awarded female artist of all time by Guinness World Records and remains one of the best-selling music artists of all time with 200 million records sold worldwide. She released seven studio albums and two soundtrack albums, all of which have been certified diamond, multi-platinum, platinum, or gold by the Recording Industry Association of America (RIAA). Houston's crossover appeal on the popular music charts—as well as her prominence on MTV, starting with her video for "How Will I Know"—influenced several African-American women artists who followed in her footsteps. #ancestorswildestdreams @rileymj2016

Sasha posts the adorable pictures of Riley on Instagram and describes the powerful woman portrayed in each picture in the caption.

Amongst others, the proud mom has dressed her toddler as former American first lady Michelle Obama, songstress Beyoncé and actress Tracee Ellis Ross.

Day 14 of 28! Day of love! @michelleobama Michelle LaVaughn Robinson Obama (born January 17, 1964) is an American writer, lawyer, and university administrator who served as the First Lady of the United States from 2009 to 2017. She is married to the 44th U.S. President, Barack Obama, and was the first African-American First Lady. Raised on the South Side of Chicago, Illinois, Obama is a graduate of Princeton University and Harvard Law School. In her early legal career, she worked at the law firm Sidley Austin, where she met Barack Obama. She subsequently worked in non-profits and as the Associate Dean of Student Services at the University of Chicago and the Vice President for Community and External Affairs of the University of Chicago Medical Center. Michelle married Barack in 1992 and they have two daughters. #rmjbhm #blackherstory #blackhistorymonth #love #ancestorswildestdreams @target #michelleobama @rileymj2016

“I wanted her to know her history and I wanted an activity to do with her.

“It was a big commitment but I wanted to make it simple. I didn’t buy any costumes and everything we’ve used was already in her closet,” she says.

The American mom plans to compile all the pictures and show it to the youngster when she grows up.

Day 6 of 28. #rainbowjohnson #blackish #blackhistorymonth #rmjbhm @traceeellisross Rainbow Johnson is an anesthesiologist, the bi-racial wife of Dre Johnson and mother of Zoey, Junior, Diane, Jack and DeVonte Johnson. She is kind, funny, selfless and nice - usually, the person to put Dre and his craziness in his place. @target

“I’m a visual person so sometimes I need to see it,” Sasha explains.

“I don’t know if my daughter will learn like that but I want her to be able to see it and visualize it.

“I know that her options will be unlimited. I want her to know that and see that.”

We live in a world where facts and fiction get blurred
In times of uncertainty you need journalism you can trust. For only R75 per month, you have access to a world of in-depth analyses, investigative journalism, top opinions and a range of features. Journalism strengthens democracy. Invest in the future today.
Subscribe to News24
Next on You
Playtime during the pandemic: how to put some of the fun back into life for your kids