This is how a real-life crime investigation actually happens Ever wondered how detectives go about investigating a crime scene? It’s not always as straightforward as it seems in TV crime dramas. It requires following stringent rules, lots of patience and meticulous attention to detail. “As soon as investigators arrive at the scene of a death and it isn’t immediately apparent what caused it,  they have to treat it as a murder until proven otherwise,” former detective Peter Bleksley explains.

He should know, having worked for the UK’s most prestigious crime investigative unit at New Scotland Yard. Now, Peter is narrating a new show on CBS Justice that takes you right to the heart of a crime and explains exactly how investigators went about solving the case. New Scotland Yard Files features real-life cases and interviews with the actual detectives who worked on them.“Preserving the crime scene is the most important thing,” Peter says. “The only people on the scene should be the forensic scientists and perhaps the photographer.”

Here he tells us exactly how detectives go about investigating a crime scene – and it’s totally fascinating.

On Sunday, 4 July at 20:00, you can watch one of the most high-profile cases ever. Bleksley unpacks the investigation into the murder of former pop star Michael Menson, who rose to fame as a musician with Double Trouble and the Rebel MC in the 1980s.

While police initially thought Menson had killed himself, they later realised he had been the victim of an arson attack and went to extraordinary lengths to bring his killers to justice through covert tactics and methods previously used only to catch terrorists in Northern Ireland. Menson's murder eventually led to changes in the way New Scotland Yard officers treat race and mental illness during an investigation.

Share
Next on You
Expert advice to combat eczema 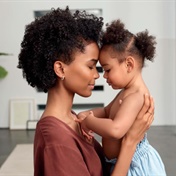