A royal nightmare! Prince William reveals what keeps him up at night 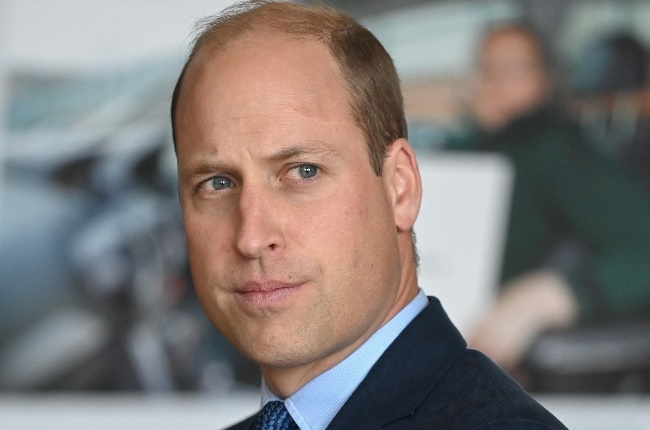 Prince William is not impressed with what's happening on planet Earth and it’s giving him sleepless nights.

Speaking on the Outrage + Optimism podcast about his new environmental initiative The Earthshot Prize, the king-to-be says he’s outraged by the “inaction” on climate change, especially among world leaders.

“I don’t understand why those who have the levers [to do something about it], don’t,” he adds.

“I am in a position of responsibility or leadership so I feel I can do a lot more if given that ability. Yeah, and I think that’s what really upsets me and keeps me awake at night.”

People need to be called out for doing wrong, he says, and he’s doing his bit in this regard by trying to convey a positive message.

“The message when I went to China and talked to the Chinese government about trying to tackle the illegal wildlife trade was very much a case of, how about you guys being the global leaders in conservation?

“You can take on that mantle and you can really drive it forwards.”

?? Behind the scenes of Prince William’s @ted talk — visit @tedcountdown to watch the full talk. • “I’ve long been inspired by President John F Kennedy’s 1961 mission to put a man on the moon within a decade – he named it the moonshot. It seemed crazy. Humans had only just launched the first satellite- putting a man on the moon, that quickly, seemed impossible. • But now, rather than a moonshot, we need Earthshots for this decade. We must harness that same spirit of human ingenuity and purpose and turn it with laser sharp focus and urgency on the most pressing challenge we have ever faced – repairing our planet.” • Prince William’s talk was given as part of @tedcountdown, the first free and virtual TED Conference devoted entirely to championing and accelerating solutions to the climate crisis. #JoinTheCountdown

The prince’s Earthshot Prize initiative, which was launched earlier in October, aims to fund 50 new climate solutions over the next 10 years. Five winners will be announced each year, and each one will receive £1 million (around R20 million) to create solutions in five categories: nature, air, oceans, water and climate.

“I felt very much that there are a lot of people wanting to do many good things for the environment and what they need is a bit of a catalyst, a bit of hope, a bit of positivity that we can actually fix what’s being presented,” he says.

William’s passion for the environment is shared by his grandfather, the Duke of Edinburgh, and his father, Prince Charles.

“I think my family has naturally had an opportunity here to support and to be a part of the environmental debate for a long time,” William says. “It's been at the forefront of a lot of conversations and a lot of issues for many, many years and people have talked about it for a long, long time. But we need the action now and that's what these next 10 years is about.”

The Duke of Cambridge, who recently shot a Netflix wildlife documentary called Prince William: A Planet For Us All, has also made it clear he’s been teaching his kids how to save the planet.

"Now I have George, Charlotte and Louis in my life, your outlook does change,” he says. "You want to hand over to the next generation, and you want [the world] in a much better condition.”

During an interview with Sky News, William revealed his children – George (7), Charlotte (5) and Louis (2) – often worry about the impact climate change will have on their generation.

?? Say hello to the incredible @EarthshotPrize Council! Every year from 2021 until 2030, Prince William, alongside a panel of Prize Council Members covering six continents ?? will award The #EarthshotPrize to five winners ?? one per Earthshot, whose evidence-based solutions make the most progress towards these goals. Visit the link in our bio to watch the full film.

“I think to be perfectly honest, I’m struggling to keep the optimism levels going with my own children,” he said.

“You look at yourself and go, ‘Am I doing enough on this, are we really at this stage in life when I can’t be hugely optimistic and pleased that my children are getting so into nature?’

“You dread they’re soon going to realise we are in a very, very dangerous and difficult time in the environment and that as a parent, you feel you’re letting them down.”

“The children are massive fans of Sir David and this was the first time they had met him, although they have always wanted to,” a palace aide told Daily Mail.

The young royals were later filmed asking the 94-year-old environmentalist about his favorite animals.

Missed the video? Watch it here!