As Prince William turns 40, he celebrates in a way that would've made Princess Diana proud 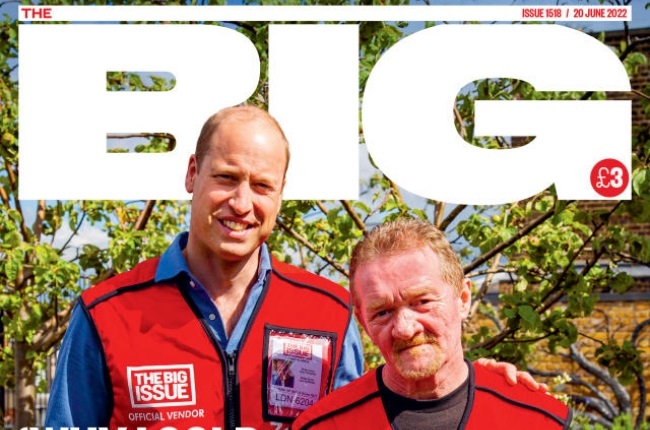 Prince William and Big Issue vendor Dave Martin on the cover of the magazine's June edition.

It's certainly proving to be a big year for the British royal family. The queen is marking her platinum jubilee, while her grandson Prince William is celebrating his 40th birthday.

And he's making sure that he marks the milestone occasion in a way that would've made his mother, Princess Diana, proud: by shining a spotlight on the plight of the homeless.

The Duke of Cambridge graces the cover of the latest British edition of The Big Issue alongside magazine vendor Dave Martin (60).

In an essay he wrote for the magazine, which is sold by homeless people so they can earn an income, he explains what it was like to go undercover, joining Dave on the streets earlier this month to help him sell The Big Issue.

Wills described the experience, which saw him joining Dave at his usual spot about 15 minutes from Buckingham Palace, as “truly eye opening”. Together, they sold 32 copies.

“I wanted to experience the other side and see what it was like to be a Big Issue vendor. I was lucky to join Dave on a warm, sunny day in June," William wrote.

"People recognised a familiar face and were happy to give me the time of day. But that isn’t the case for the vast majority of Big Issue vendors."

William revealed that his choice of project was inspired by his late mom.

“I was 11 when I first visited a homeless shelter with my mother, who in her own inimitable style was determined to shine a light on an overlooked, misunderstood problem,” he writes.

In 2009 Wills slept out on the streets of London with Seyi Okabin, the CEO of charity Centrepoint, to get an understanding of what the homeless experience every day.

“He’s definitely part of that story for us but more importantly, we're part of the story for him. He isn't just interested, he's committed to the cause of helping to end youth homelessness,” Seyi said at the time.

Now, more than a decade later the prince, who's father to Prince George (8), Princess Charlotte (7) and Prince Louis (4), is still involved in finding solutions to the problem. In 2009 Prince William slept on London's streets to raise awareness of the plight of the homeless. (PHOTO: Gallo Images/ Getty Images) The Duke and Duchess of Cambridge in May during a visit to a homeless charity in Glasgow, Scotland. (PHOTO: Gallo Images/ Getty Images)

“I commit to continue doing what I can to shine a spotlight on this solvable issue not just today, but in the months and years to come,” he writes.

“And in the years ahead, I hope to bring George, Charlotte and Louis to see the fantastic organisations doing inspiring work to support those most in need, just as my mother did for me.” 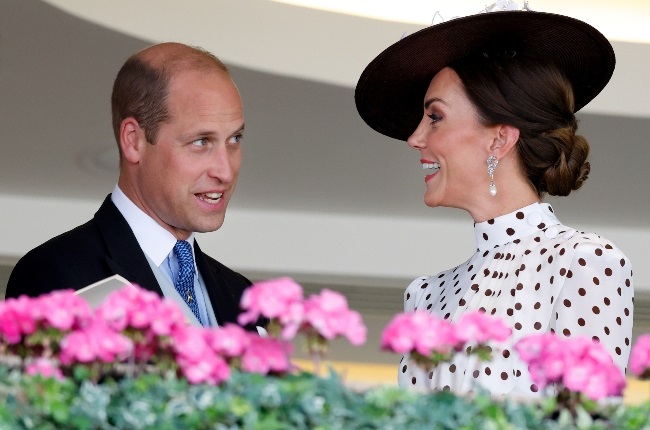 As for his birthday plans, the prince is reportedly set to have a joint celebration with wife Kate, who turned 40 in January, at Windsor Castle or Sandringham later this summer.

The queen has agreed to host them so that they can “celebrate their landmark birthdays in style”, according to a royal source.

We live in a world where facts and fiction get blurred
In times of uncertainty you need journalism you can trust. For 14 free days, you can have access to a world of in-depth analyses, investigative journalism, top opinions and a range of features. Journalism strengthens democracy. Invest in the future today. Thereafter you will be billed R75 per month. You can cancel anytime and if you cancel within 14 days you won't be billed.
Subscribe to News24
Related Links
Royal author Robert Jobson gives intimate insights into what kind of king Prince William will be...
Prince William and Kate release behind-the-scenes photos from the jubilee celebrations
She's 40 and fabulous! A look at how Kate celebrated the milestone and how she and Prince William...
Next on You
Royal author explains queen’s ‘never complain, never explain’ mantra