Changing of the guard: Camilla takes over Remembrance Day duties from Prince Harry Camilla, Duchess of Cornwall, pays an emotional visit to the field of poppies at Westminster Abbey during Remembrance Day (Photo: Gallo Images/Getty Images)

What a difference a year makes! Last November it was Prince Harry and Meghan Markle who were the central figures leading the commemorations in one of the most important events on the royal calendar – Remembrance Day. This year it was Harry’s stepmother, the Duchess of Cornwall, who took their places.Clad in the requisite black, 73-year-old Camilla looked sombre as she stepped into the field of bright-red flowers to honour British soldiers who died in the line of duty. During the socially-distanced event, the Duchess planted a small wooden cross in a field of red poppies shaped like a cross (Photo: Gallo Images/Getty Images) 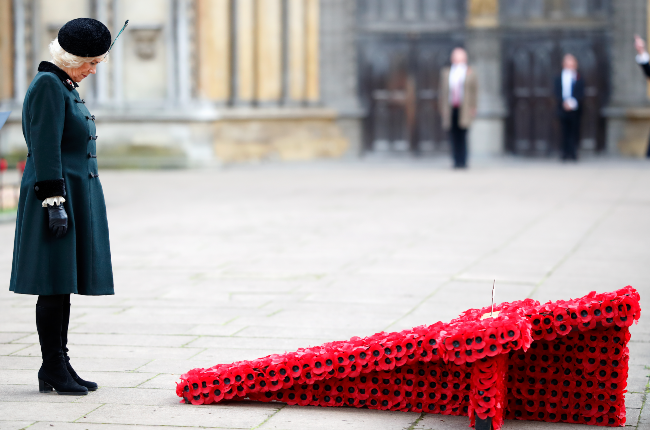 This year's appearance was particularly special for Camilla, as she recently became the Colonel-in-Chief of The Rifles (Photo: Gallo Images/Getty Images)

Prince Charles’ wife also happens to be the patron of The Poppy Factory, which has been running the Field of Remembrance, the memorial garden in Westminster, London, since 1928.

Her presence is a visible sign of how things have changed in The Firm since Harry (36) and Meghan (39) quit the royal family in March, with the rest of the family having to take up their duties. As a former soldier, Remembrance Day was always an occasion close to Harry’s heart and five years ago he joined his grandfather and fellow former soldier, Prince Philip (99), for the tribute.

In another show of support, the royal family kept to tradition by temporarily changing their profile pictures on their social media accounts for the week of commemoration. 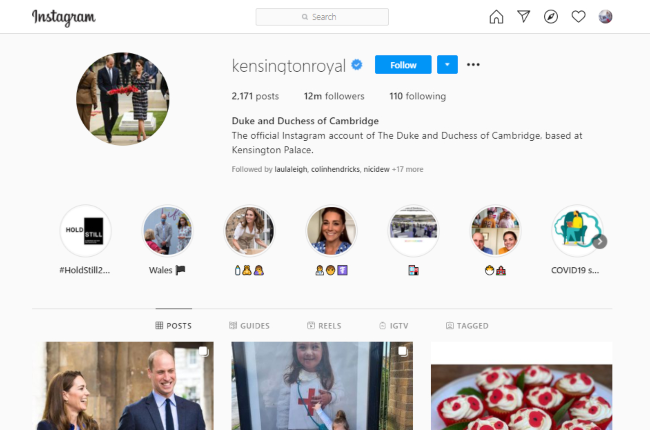 The Cambridges also temporarily changed their profile picture on their Instagram page to honour the occasion (Photo: KensingtonRoyal Instagram)

Kate and Prince William’s KensingtonRoyal accounts on Instagram and Twitter replaced their family photo with one of the couple laying a wreath of poppies during a trip to Manchester in 2016.

The red flower has been used since 1921 to commemorate military members who have died fighting for their country.

The Royal Family accounts, which provide updates on the queen and other royals, changed their profile photos to show the monarch dressed in black with a red poppy pin at Westminster in 2004. Prince Charles and Camilla chose a photo from 2009 when they spent Remembrance Day in Canada.