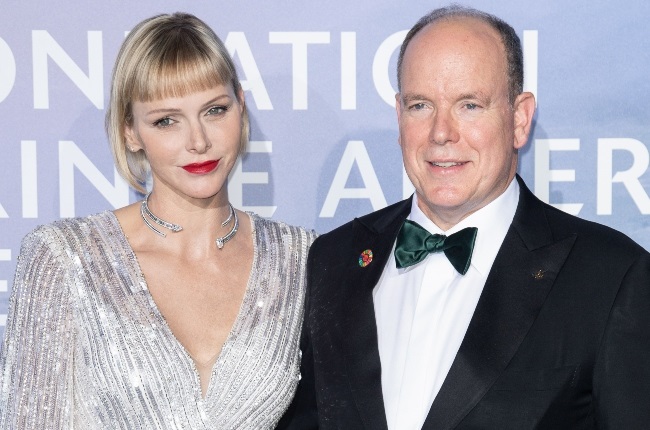 Princess Charlene of Monaco has been forced to stay in SA on her own for months due to serious ear problems, which has have prevented her from flying. (PHOTO: Gallo Images/Getty Images)

A spokesperson for Her Serene Highness Princess Charlene of Monaco has categorically denied reports that the former SA Olympian has no intention of returning to her family in Monaco.

“The speculation is 100% false,” the spokesperson told YOU exclusively.

The 43-year-old wife of Prince Albert has been forced to remain in SA since May after developing chronic ear problems – a complaint often suffered by former elite watersport athletes.

Yet rumours has been mounting that there is trouble in Charlene and Albert’s marriage – and a new report by French publication Paris Match says people in Monaco are angry that their princess has not returned yet.

The magazine also quotes an insider as saying the princess’ excuse was “sounding very thin considering how many times it’s been reeled out”.

“Patients with serious problems are flown to other parts of the world all the time. She has the finest medics in the world looking after her – making a flight home extremely safe and comfortable would not be so difficult,” the source says.

Another source told the magazine: “The princess has, for the time being, in reality, no intention of returning.”

According to Chantell Wittstock, Charlene’s sister-in-law and CEO of her Monaco Foundation SA, the “entire family is supporting Charlene through this difficult time”.

“As of now she is in good spirits as she prepares for the main surgical procedure next week. Covid regulations allowing, Prince Albert and possibly the children will come out to visit her at the end of August,” she adds.

Charlene recently told YOU she contracted a serious ear, nose and throat infection shortly after arriving in South Africa to do conservation work with numerous wildlife organisations.

She’s since had to undergo multiple operations and is set to undergo another major one next week.

The complication arose after she had a sinus lift and bone graft done in Europe earlier this year.

“I was instructed by the doctors that I can't fly yet because I'm unable to equalise my ears and therefore cannot fly above 20 000 feet,” she told YOU.

“I miss my husband, my babies – Jacqui and Bella – and my doggies terribly, but I can't force a recovery of bone and membrane, it takes time.”

In a recent interview with Radio 702, the princess said she “hopes to return in October”.

Charlene’s prolonged stay and noticeable absence from big events in Monaco – which has seen Albert attending either alone or with their six-year-old twins, Prince Jacques and Princess Gabriella – has led to speculation they may be on the verge of a split.

This was exacerbated by the fact the couple were unable to spend their 10th wedding anniversary together on 1 July. Instead the princess posted a video celebrating their life together on her Instagram account.

She captioned it, “Happy anniversary Albert. Thank you for the blessing of our beautiful children.”

The prince and the twins visited Charlene in SA in early June and pictures on her Instagram showed them enjoying a game drive.

Charlene’s spokesperson says the princess and Albert remain in close communication. “Charlene and Albert continue to speak everyday. He is her main source of support right now.

“She is still unable to fly on the advice of her medical team.”

The spokesperson also shot down reported sightings of Charlene house-hunting in Johannesburg.

“Charlene has been based in KZN and has not been in Joburg at all.

“She is still wholly invested in her foundation work with the rhinos and throwing all her energy into it when she feels well enough.”

We live in a world where facts and fiction get blurred
In times of uncertainty you need journalism you can trust. For only R75 per month, you have access to a world of in-depth analyses, investigative journalism, top opinions and a range of features. Journalism strengthens democracy. Invest in the future today.
Subscribe to News24
Next on You
Love them or hate them the Sussexes' status as icons who shake things up is confirmed