Sarah Ferguson has defended her son-in-law Jack Brooksbank after he was spotted romping with three bikini-clad women - insisting he was "just doing his job". (PHOTO: Gallo Images / Getty Images)

Sarah Ferguson may have a complicated relationship with her former mother-in-law, the queen, who never quite approved of her son Prince Andrew’s choice of bride.

But when it comes to being a mom-in-law herself, Fergie is determined to show support for the husbands of her daughters, Princesses Beatrice (32) and Eugenie (31).

Fergie (61) threw her weight behind her son-in-law Jack Brooksbank when he recently found himself in hot water.

Eugenie’s 35-year-old husband made headlines when he was snapped partying on a boat with three female friends in Capri, Italy, just a few months after his wife gave birth to their first son, August.

In photos obtained by the Daily Mail, Jack was seen drinking rosé and taking in the sights on the Italian coast ahead of the Unicef Summer Gala, which he attended as a brand ambassador for Casamigos tequila. In one photo Jack had his arm around model-turned-fashion ambassador Maria Buccellati, who wore a skimpy orange swimsuit. (PHOTO: Instagram / @mbuccellati__)

It is understood Jack's job at the charity ball was to keep an eye on the cocktail bar and mingle with the famous guests, including Katy Perry, John Legend and Heidi Klum.

A source claims Eugenie hadn't joined him on the trip because he was "there to work at the ball".But royal watchers were quick to point out that the boozy boat ride hardly looked like a hard day’s work for the father-of-one. Joining him was bikini-clad Rachel Zalis, a former editor of Glamour magazine who has 21 000 Instagram followers and is now global director of Casamigos, the tequila company Jack is a brand ambassador for. (PHOTO: Instagram / @rachelzalis)

The party were seen exploring the caves dotted around the Capri coast, with Jack enjoying dips in the ocean with Erica, who swam topless alongside him.

However, Fergie rushed to her son-in-law’s defence. It wasn't what it looked like, Eugenie's mom says.

"Jack, who was on the front page, is a man of such integrity," she insisted in an interview with the BBC. "He's just one of my most favourite people. I call him James Bond actually.

"He's just a superhero in my book, and he's a great father, a fabulous husband, and he's never at front of house, he always likes to be at the back."

She slammed fans who might be reading too much into his Capri photos.

"So, for them to make this story is completely fabricated,” she said. “He works as an ambassador for Casamigos, and he was doing his job, and so I think it's really important that we clarify that for Jack's sake.” 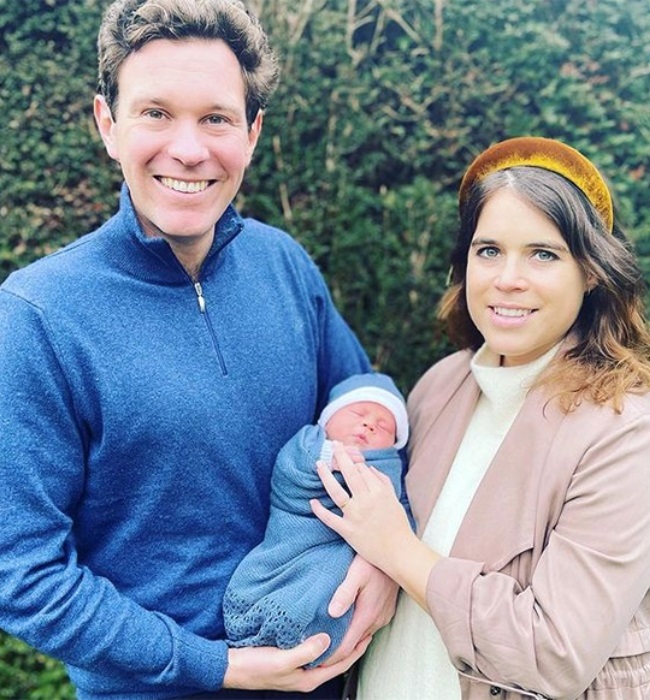 British author and body language expert Judi James, who shared her thoughts on the snaps with The Mirror, agrees, adding that Eugenie ultimately has nothing to worry about.

“Does the body language look damming? I’d say not, more naive or stupid,” she says.

“They might not be the kind of pictures a wife wants to see of a ‘day at the office’ but there are no non-verbal tells or cues to point the finger over here.

Jack and Eugenie, who is 11th in line to the throne, met in 2010 on a skiing holiday in Switzerland.After years of dating the couple announced their engagement in January 2018, showing off Eugenie’s huge pink padparadscha sapphire engagement ring.

They tied the knot later that year at St George's Chapel in Windsor Castle and welcomed son August in February.

After Prince Harry and Meghan Markle stepped down as royals and moved to the US, Eugenie and Jack settled into their old home, Frogmore Cottage.