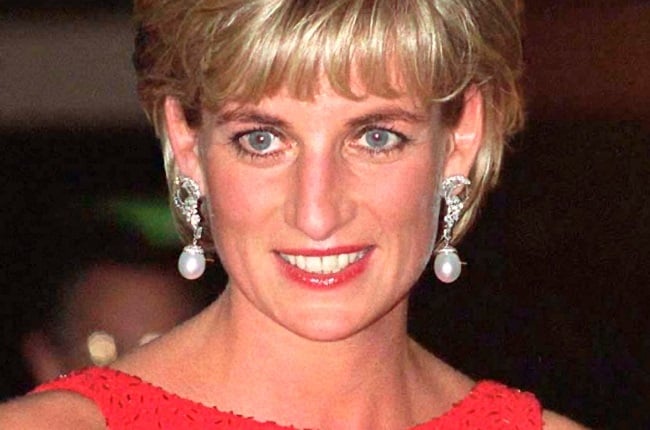 She remains one of the world’s best-loved royals, remembered as much for her ability to touch the hearts of young and old alike as for her fashion sense and classic beauty.

The 1 July marks what would have been Princess Diana’s 60th birthday. Diana receives gifts and flowers from members of the public on what would be her last birthday, her 36th, on 1 July 1997 during a night out in London. (PHOTO: Gallo Images/Getty Images)

As her sons, Prince William (39) and Prince Harry (36), lead a tribute to their beloved mother where they will unveil a statue of her in one of her favourite places – Kensington Palace’s Sunken Garden – we take a look at why she’s still a timeless icon.

Princess Di sported many iconic looks throughout her years as a royal, ranging from boxy blazers to polka-dot dresses and her exquisite evening gowns.

Diana was known for her elegant evening gowns such as this one, which she wore to the Victor Chang Cardiac Research Institute dinner-dance in Sydney in October 1996. (PHOTO: Gallo Images/Getty Images) Diana wore this elegant yet sexy Catherine Walker outfit to a performance of Swan Lake in London in July 1989. (PHOTO: Gallo Images/Getty Images) She had a love for polka-dots as seen in this chic outfit she wore to the Royal Ascot races in June 1988. (PHOTO: Gallo Images/Getty Images)

She also rocked cycling shorts with sweatshirts and white trainers long before athleisure was really a thing.

Two of her classic looks were recently revived by cult US brand Rowing Blazers – a tweed blazer paired with cycling shorts and the famous “black sheep” red sweater she wore to a polo game in 1981. The princess (seen here in Chelsea in August 1994) started the athleisure wear trend long before it became a hit. (PHOTO: Gallo Images/Getty Images)

Her wedding dress with the longest train in royal history remains a highlight, and those famous Di pumps are still going today.“She had a knack for choosing pieces that suited her, rather than what seemed of the moment,” says Eleri Lynn, curator of the Diana: Her Fashion Story exhibition at Kensington Palace. David and Elizabeth Emanuel, who designed Diana's wedding dress, described it as a dress that "had to be something that was going to go down in history, but also something that Diana loved." (PHOTO: Gallo Images/Getty Images)

“That’s what sort of takes somebody above daily fashion and helps make them a fashion icon: they have that elegance that is theirs and doesn’t move with the changes of fashion.”

The People’s Princess was adored for her authenticity and for putting humanity before royal status or fame.

'Nothing gives me more happiness than to try to aid the most vulnerable of this society. Whoever is in distress who calls me, I will come running.'
Diana

She supported over 100 causes and was praised for raising awareness for issues such as HIV/Aids, landmines and leprosy.

In 1987 she was famously seen shaking an Aids patient’s hand without wearing gloves, sending a message to the terrified world that the disease could not be transmitted by touch. Diana wears a protective jacket as she walks on the edge of a minefield during a 1997 visit to Angola to see the work of the British Red Cross. (PHOTO: Gallo Images/Getty Images)

Shortly before she died she was pictured walking in an active minefield in Angola and visiting a young girl with an amputated leg. The images helped turn the world’s attention on Angola’s crisis.

Diana was a devoted mother who broke several royal traditions when it came to raising her sons.

'A mother's arms are more comforting than anyone else’s'
Diana

Not only was she one of the first royal moms to breastfeed her babies, she would also welcome a young William and Harry into her bed for morning cuddles, previously unheard of in royal circles.

She shunned tradition which said royal kids should stay at home with nannies when their parents went off on tour, famously taking along a nine-month-old William on her first official trip to Australia. Diana with her sons, Prince Harry and Prince William (left) during a night out in Lech, Austria, in March 1993. (PHOTO: Gallo Images/Getty Images) Diana was very hands-on and would walk her boys to their nearby school every day. She was also famously photographed taking part in a mothers’ race at a school sports day.

She also wanted to teach her kids empathy towards others and would include them in many of her humanitarian visits.

“I want [my sons] to have an understanding of people’s emotions, their insecurities, people’s distress, and their hopes and dreams,” Diana said.

In 2005 William took over from his mother as patron of Centrepoint, the UK’s leading youth homelessness charity. Harry meanwhile has taken over his mother’s mantle of landmines in Angola, visiting the country in 2019. In 2019 Prince Harry met with landmine survivor Sandra Tigica who his mother met in her visit to Angola in 1997. (PHOTO: Gallo Images/Getty Images)

The People’s Princess may have been the first among the royals to speak her mind forcefully, even breaking protocol many times to make a point.

For example, she refused to wear gloves because she wanted to feel more connected to the people she was shaking hands with.

'I don't go by the rule book because I lead from the heart.'
Diana

She was also among the first royals to speak about her mental-health struggles, which she did in her now-infamous 1995 BBC Panorama interview with Martin Bashir where she admitted to suffering from depression and bulimia.

She also ditched the royal stiff-upper-lip rule when she told the world her husband, Prince Charles, was cheating on her by telling Bashir “there was a third person in my marriage”.

While she may have been doomed in her marriage to Prince Charles, Diana still firmly believed in the power of love. The Princess of Wales crouches down to hug pupils during a visit to the Swaminarayan school in Neasden, London in 1997. (PHOTO: Gallo Images/Getty Images)

During her adult life she never once shied away from showing affection to her children in public – a major break from her mother-in-law, the queen, who shunned public displays of affection.

'The biggest disease in the world is the disease of being unloved.'
Diana

The princess would often hug kids, the sick or the elderly during her royal engagements, which earned her the nickname the People’s Princess.

“Hugging has no harmful side-effects. If we all play our part in making our children feel valued, the result will be tremendous. There are potential huggers in every household,” she said in 1992 at a conference on European Drug Prevention Week.