Kristen Stewart has been praised for her impeccable portrayal of the late Princess Diana in Spencer. (PHOTO: Gallo Images/Getty Images)

She’s been wowing at every turn at the Venice Film Festival this week, revelling in her latest role as Princess Diana in the new biopic Spencer.

And Kristen Stewart has done the People’s Princess proud, donning outfits that channel the late royal’s fashion preferences, such as the black tweed jumpsuit and a semi-sheer two-piece, both by one of Diana’s favourite designers, Chanel. Kristen showed off her slender pins in this uber-chic black tweed jumpsuit from Chanel at a photocall for Spencer at the Venice Film Festival. (PHOTO: Gallo Images/Getty Images) 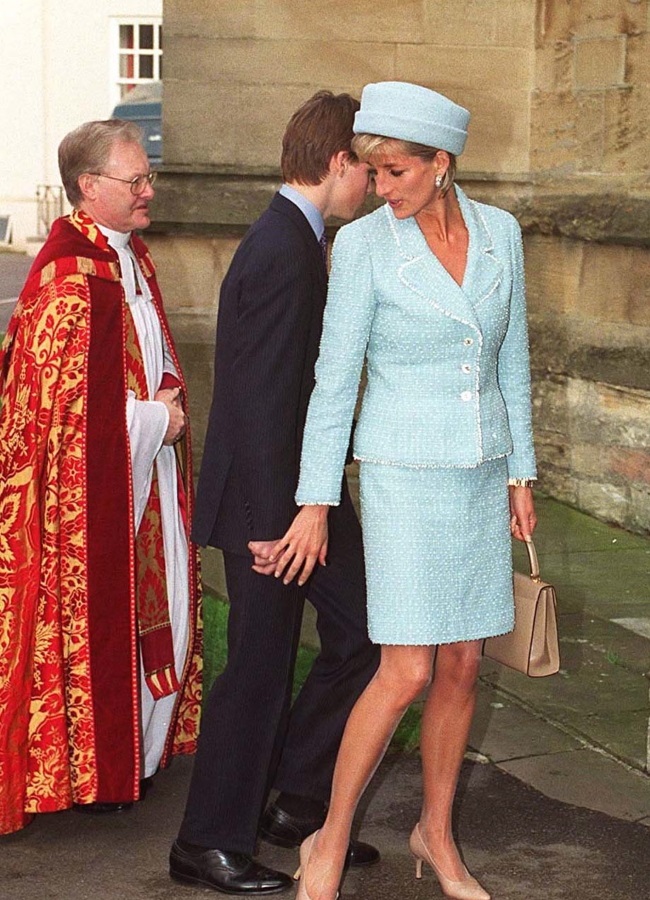 Princess Diana was known for her love of Chanel. (PHOTO: Gallo Images/Getty Images) Critics have poured praise on her performance as she steps into Diana’s shoes as the royal was looking to break free from her loveless marriage to Prince Charles and suffocating life during a three-day Christmas weekend at the royal family’s country mansion Sandringham in 1991.

“She doesn’t just do an impersonation, she transforms,” Variety’s Owen Gleiberman said. “Watching her play Diana we see an echo, perhaps, of Stewart’s own ambivalent relationship to stardom.”

In an interview with the LA Times the 31-year-old, who is known to shun the spotlight when she’s not promoting a movie, spoke of getting “signs” from Diana, who died aged 36 in a car accident in France on 31 August 1997.

“I got some spooky, spiritual feelings making this movie,” the former Twilight star told the newspaper. “Even if I was just fantasising, I felt like there were moments where I kind of got the sign-off.

‘Diana felt so alive to me when I was making this movie, even if it’s all between the ears and it was just a fantasy of mine'

“It was . . . a fight to keep her alive every day, and so remembering that she was dead was just absolutely lacerating,” she continued. “It just destroyed me constantly. And that itself felt spiritual . . . there were times where I was like, ‘Oh, God,’ almost like she was, you know, trying to break through. It was weird. And amazing. I’ve never felt anything like it in my life.” The actress gave photographers a glimpse of her slender figure through the outfit's gauzy material. (PHOTO: Marco Piovanatto/Abacapress.com/Magazinefeatures.co.za) Diana caused a stir when she revealed the outline of her legs in this semi-sheer skirt while holding a young Prince Harry and Prince William. (PHOTO: Gallo Images/Getty Images)

Speaking about Diana’s iconic fashion style at the Venice Film Festival, the 31-year-old said it “didn’t really matter what she was wearing”.

“She was someone who used clothes as armour but was so constantly available and visible. She couldn’t hide, she wore her heart on her sleeve and that, to me, is the coolest thing she did.”