Lady Louise Windsor, daughter of Prince Edward and Sophie, Countess of Wessex, turns 17 on Sunday – but the teen may well not see her family at all.

England recently went into hard lockdown for the second time as the number of Covid-19 cases soar across the country, and this has implications for the queen’s youngest granddaughter and how she’ll spend her birthday.

Louise may well remain at her private boarding school, St Mary’s in Ascot, instead of returning to the family home in Surrey.

The private girls’ school Louise goes to has state-of-the-art boarding facilities and royal observers have noted she “may find it more convenient to remain there” during the proposed one-month lockdown instead of travelling to and from her parents’ home and the school.

Schools are staying open across England during the lockdown.

Louise and her family had a private birthday celebration for her sweet 16 last year.

When she turned 15, she and her mom enjoyed a special night out, joining the audience of one of Louise’s favourite shows, Strictly Come Dancing. 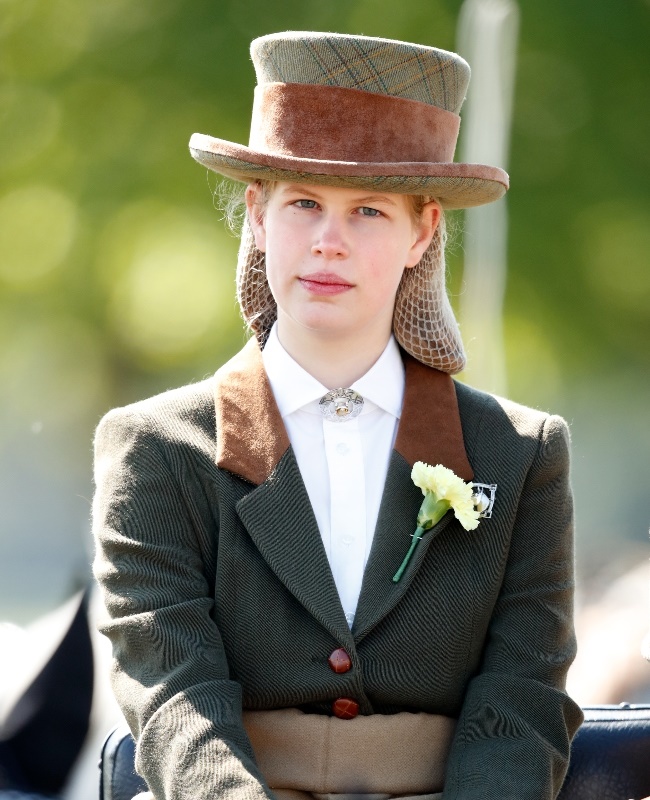 “It was lovely to have them,” the show’s host, Tess Daly, said.

“Louise is a big fan of the show and they enjoyed all the action from the front row and had a great night. And they got to go backstage too.

”Like her famous grandparents, Louise, who is 13th in line to the throne, loves horses, and is a big fan of carriage driving – just like her grandfather, Prince Philip.

She has competed in the British Driving Society Championship for Young Drivers as well as several carriage-driving competitions. This year, however, she has foregone competitions to focus on her A-levels (the equivalent of matric). She is studying English, history, politics and drama.

“Louise wouldn’t have been able to compete this year because she would’ve been in the middle of exams,” Sophie said in a recent interview.

“But the sport is a special thing to do.”

Louise’s parents are royal vice presidents of the Royal Windsor Horse Show, one of the queen’s favourite events, which took place online this year due to the pandemic. Lady Louise was a toddler when she mastered the royal wave. (Photo: GALLO IMAGES/GETTY IMAGES)

Sophie is also a patron of the International Agency for the Prevention of Blindness, a cause she became passionate about after Louise, who was born prematurely, was in danger of growing up sight-impaired.

She was born with esotropia, the medical name for a severe squint – a condition that is quite common in premature babies. Louise underwent two operations to correct her vision.

“Premature babies can often have squints because the eyes are the last thing in the baby package to really be finalised,” Sophie explains.

“Her squint was quite profound when she was tiny and it takes time to correct it. You've got to make sure one eye doesn't become more dominant than the other but she's fine now – her eyesight is perfect.”

We live in a world where facts and fiction get blurred
In times of uncertainty you need journalism you can trust. For only R75 per month, you have access to a world of in-depth analyses, investigative journalism, top opinions and a range of features. Journalism strengthens democracy. Invest in the future today.
Subscribe to News24
Next on You
Meghan Markle takes a stand on 'the most important election of our lifetime'