The Duke and Duchess of Sussex aka Prince Harry and Meghan Markle are continuing to raise eyebrows with their ongoing attacks on the monarchy. (PHOTO: Gallo Images/Getty Images)

If ever there was a sign that Prince Harry and Meghan Markle will not be returning to the British royal family, Madame Tussauds just made it official.

The renowned London wax museum recently took the decision to move the controversial couple’s waxworks out of the British royal family zone and into the Hollywood one.

In a case of art imitating life, they leave behind the figures of Queen Elizabeth and the late Prince Philip, Prince William and his wife, Kate, and Prince Charles and his wife, Camilla. 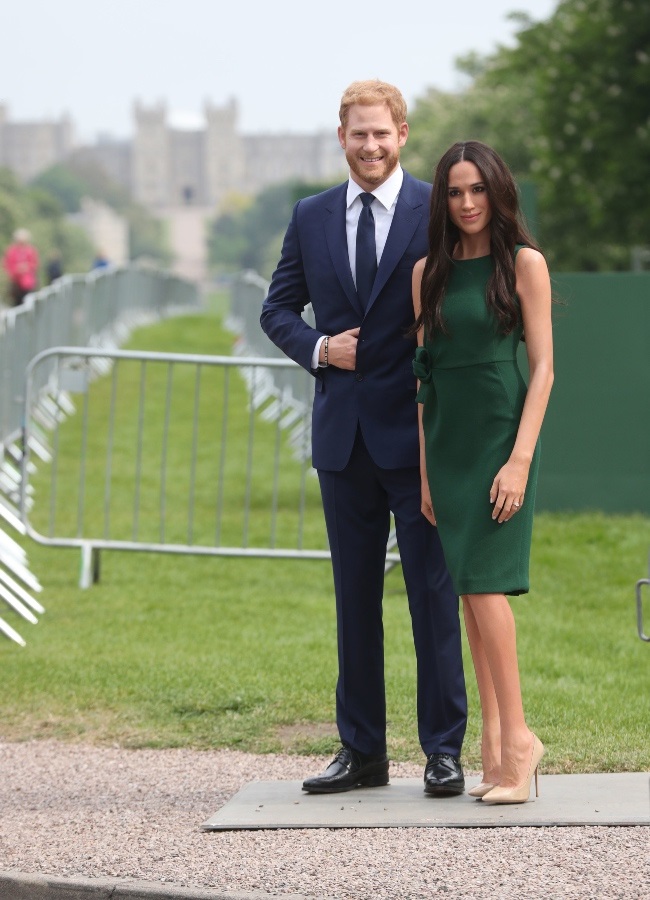 The Madame Tussauds' waxworks of Harry and Meghan paraded outside Windsor Castle ahead of their 2018 wedding. (PHOTO: Gallo Images/Getty Images) In a press release the museum said the switch reflected Harry and Meghan’s “decision to swop Frogmore Cottage for Hollywood”, adding that the move signalled their “progressive new role within the royal institution”.

Well, “within the royal institution” could be a bit of stretch given Harry’s second bombshell attack on his family.

Palace insiders have condemned the prince’s “disgraceful” podcast attack on his family in which he criticised his father, Prince Charles – and by implication the queen and Philip’s parenting skills.

Speaking to American actor and podcaster Dax Shepard on his segment on mental health, Harry spoke about “breaking the cycle of genetic pain”.

“He's treated me the way that he was treated,” he said of Charles. “There’s a lot of genetic pain and suffering that gets passed on anyway. Isn't life about breaking the cycle? There’s no blame.

“But certainly, when it comes to parenting, if I have experienced some kind of pain or suffering because of the pain or suffering that, perhaps, my father or my parents had suffered, I'm going to make sure I break that cycle so I don't pass it on.” 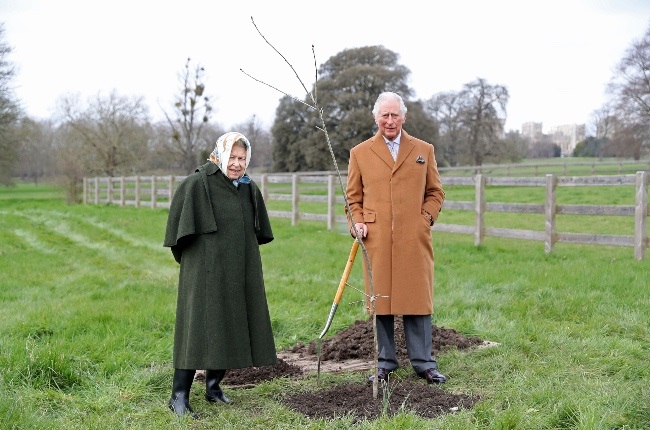 Prince Harry has continued to launch attacks on his family in particular his father, Prince Charles, who was seen earlier this week with the queen to launch her new tree-planting initiative called the Green Canopy to mark her 70-year platinum jubilee next year. (PHOTO: Gallo Images/Getty Images)

Harry and Meghan are expecting their second child, a baby girl, soon. Their son, Archie, turned two earlier this month.

The Duke of Sussex’s comments have left many royal commentators outraged.

“People are appalled that he could do this to the queen when the Duke of Edinburgh is barely in his grave,” one aide says. “To drag his grandfather into this is so shocking and disrespectful.”

A close friend of Charles told the Daily Mail, “Harry talks about compassion. But where is the compassion for his father? Where is your compassion for your own family who have just buried a much-loved member?”

There is now mounting pressure for their titles of Duke and Duchess of Sussex to be removed. However, this is unlikely to happen as the queen bestowed them as a wedding gift.

“Their titles are obviously their biggest selling point here [in the US],” one Hollywood producer says.

“Without them they are just A-list celebrities like George Clooney. Their attractiveness is based on the allure of those titles.”

America welcomed Harry and Meghan with open arms last year – but some people in the land of the free are a little annoyed with the prince now too after he called their First Amendment “bonkers”.

“I don’t want to start going down the First Amendment route because that’s a huge subject and one which I don’t understand because I’ve only been here a short time,” he said. “But you can find a loophole in anything. You can capitalise or exploit what’s not said rather than uphold what is said.”

The First Amendment is the right to free speech in the US, and one of the most important pillars in its constitution. It also protects freedom of religion, freedom of the press, the right to assemble, and the right to petition the government.

Many conservative Americans suggested he should leave the country if he didn’t agree with the constitution.

Fox News TV host Laura Ingraham tweeted, “Don’t let the doorknob hit you, Windsor,” while her co-host Jimmy Failla also wrote, “That’s because his wife has to approve every word that comes out of his mouth.”

Sunday riddle: How many more Hollywood-style interviews will Prince Harry and Meghan Markle give before they finally achieve the privacy they claim to be so desperate for?

Candace Owens, an activist and founder of a number of right-wing organisations, added: "Sunday riddle: How many more Hollywood-style interviews will Prince Harry and Meghan Markle give before they finally achieve the privacy they claim to be so desperate for?"

We live in a world where facts and fiction get blurred
In times of uncertainty you need journalism you can trust. For only R75 per month, you have access to a world of in-depth analyses, investigative journalism, top opinions and a range of features. Journalism strengthens democracy. Invest in the future today.
Subscribe to News24
Next on You
Where have all the gingers gone? The Crown bosses struggle to find a kid to play a young Prince Harry