He’s never been one to hold his tongue and Meghan Markle’s half-brother is once again slamming his famous sibling.

In a new trailer for Australia’s Big Brother VIP, in which he’s competing, Thomas Markle Jr (55) claims her marriage to Prince Harry is doomed. He says the 40-year-old duchess “walked all over” her first husband, US film producer Trevor Engelson – and reckons she’ll do the same to the royal.

'The guy that she was married to the first time, she just walked all over him and dumped him'
Thomas Markle Jr

When another housemate said that sounded “cold-blooded”, Thomas, whose mother Roslyn Markle was married to his and Meghan’s dad, Thomas Markle, from 1964 to 1975, nodded before adding, “Harry’s on the chopping block next.”

Thomas famously sent Harry a letter telling him it was not “too late” to back out of marrying his sister, saying Meghan was “not the right woman for you”.

He also called her “conceited” and “a phony”. The promo also shows Thomas in the Big Brother diary room preparing to write a letter to the Duke and Duchess of Sussex. (PHOTO: Twitter/BigBrotherAU)

Meghan married Trevor, who she started dating in 2004, in a beach wedding in September 2011 but they split just 23 months later citing irreconcilable differences.

Some have claimed she “used him” in her ambitious climb for success.

In his book, Meghan: A Hollywood Princess, Andrew Morton wrote that Meghan’s move to Canada to film Suits and subsequent filing for divorce angered the producer. 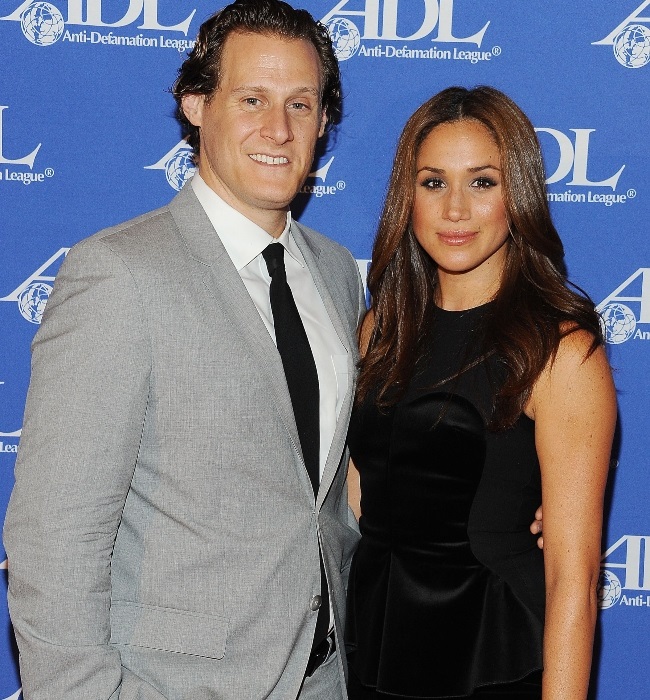 He says Trevor told a friend that he went from cherishing his wife to feeling like “a piece of something stuck to the bottom of her shoe”.

Meghan’s former best friend and her maid of honour, Nina Priddy, told the British Daily Express that the “way she handled it [the divorce], Trevor definitely had the rug pulled out from under him. He was hurt.”

In the first trailer for the show, Thomas once again blasted the duchess. “I’m Meghan Markle's brother, I'm the biggest brother of them all."

When asked how he felt about not being invited their 2018 wedding, he said: 'I’m not bitter, just baffled. It’s hurtful given how close we once were . . . She has forgotten her flesh and blood.”

We live in a world where facts and fiction get blurred
In times of uncertainty you need journalism you can trust. For only R75 per month, you have access to a world of in-depth analyses, investigative journalism, top opinions and a range of features. Journalism strengthens democracy. Invest in the future today.
Subscribe to News24
Next on You
Jeffrey Epstein’s pilot recalls seeing Prince Andrew on the paedophile’s private jet