Thomas Markle was meant to fly to the UK to take part in the queen’s platinum jubilee celebrations but instead he's in a US hospital after suffering a debilitating stroke.

Friends rushed the 77-year-old to hospital in Tijuana, Mexico, after his daughter Samantha (57) became concerned about his loss of speech during one of their daily phone calls.

He was later moved to a hospital across the border in America, just a few hours’ drive from Montecito, California, where his estranged daughter, Meghan, Duchess of Sussex, lives with her husband, Prince Harry, and their children.

Thomas is reportedly now communicating via text message with friends and family and remains unable to speak. The situation is said to be serious and it’s believed a long recovery will be required. 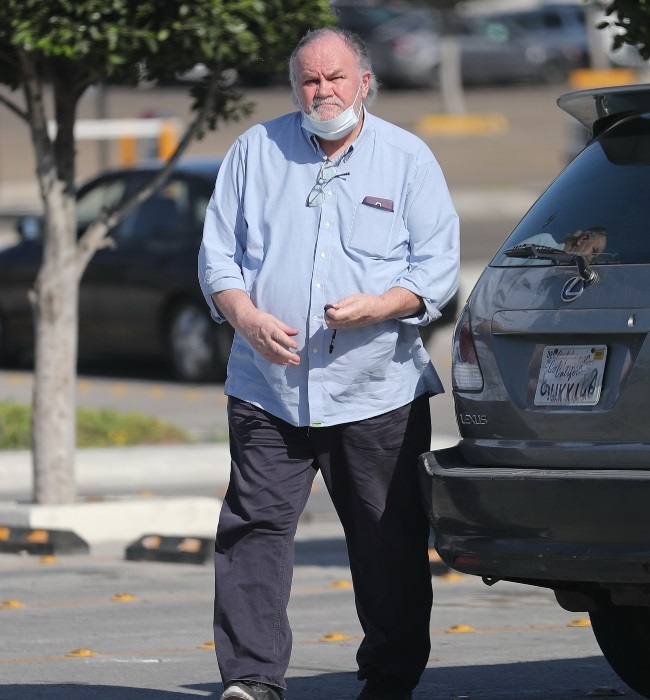 “He's recovering in hospital and we ask for privacy for the family, his health and wellbeing,” said Samantha, who's based in Florida.

Samantha and Meghan's brother, Thomas Jnr (55), are apparently rushing to be by their father’s side.

Samantha and Thomas Jnr's mother, Roslyn, was Thomas’ first wife, whom he divorced in 1975.

He married Meghan’s mom, Doria Ragland, in 1979. They divorced in 1987 but Thomas helped raise Meghan. Flashback: Thomas with Meghan and her mom and his second wife, Doria Ragland. (PHOTO: magazinefeatures.co.za)

Samantha hasn't held back from criticising her half-sister in the wake of Meghan's estrangement from their father.

“It’s a travesty how much he's been tortured and how much he's had to go through thanks to my sister’s disregard the past few years. That's unforgivable," she said in a previous interview.

Family members had become concerned about the retired TV lighting director in recent weeks after he suffered relentless attacks from members of the so-called Sussex Squad of Twitter trolls who'd been dissing his decision to launch a YouTube show.

His blood pressure had soared, leaving him susceptible to a heart attack, according to insiders.

In a cruel twist of fate, Thomas’ situation mirrors that of 2018 when he was unable to fly to the UK to attend Meghan and Harry's wedding at Windsor Castle.

Thomas couldn’t wait to fly to the UK from Mexico, where he lives, to take part in the queen’s platinum jubilee celebrations, according to British broadcaster and royal expert Dan Wootton.

“He would've joined me in London for a TV special on my GB show,” he said, adding Thomas was looking forward to fulfilling his long-held wish to visit Windsor Castle. He was forced to pull out at the last minute from his daughter’s royal wedding due to serious health issues, leaving Meghan to be walked down the aisle by her father-in-law, Prince Charles.

Thomas was hoping to see Meghan (40) and Harry (37), who are expected to be in the UK to attend some of the queen's celebratory events, Wootton says.

“He was hopeful his presence in London would finally see a reunion between him and Meghan – and a first meeting with his son-in-law, Prince Harry.”

Thomas has been vocal in his pleas to mend fences with his daughter, whose children, Archie (3) and Lilibet (11 months) he has yet to meet.

Meghan’s problems with her dad started in 2018 a few months before her wedding when he staged fake paparazzi pictures in return for money. He later issued a public apology.

But he continued doing interviews that further damaged their relationship.

Things reached a head when he allowed UK newspaper the Mail on Sunday to publish excerpts of a private letter Meghan had sent him in which she stated he'd “broken her heart into a million pieces” with his actions.

It led to a highly-publicised court battle between Meghan and the news outlet, which the duchess won.