The Sussexes have been hit by the loss of yet another key staffer.

Catherine St-Laurent, Harry and Meghan’s right-hand woman in the US, has stepped down after less than a year in her role as executive director of their Archewell Foundation.

Before being head-hunted by the couple, Catherine worked for Microsoft boss Bill Gates for eight years in a highly sought-after role, advising at Melinda Gates’ Pivotal Ventures social progress project.

At the time of Catherine’s appointment in April 2020, Meghan and Harry called her an “incredible asset”, adding: “We are excited to have her on our team.”

But 11 months later, Catherine – who’s also worked in Brussels and London and been featured in public relations trade magazine PR Week’s 40 under 40 in 2014 – is stepping down from a position many had thought would occupy her for years.

“She was a huge appointment for them,” one royal insider says. “A big hitter with a great track record, poached to head up their new working life in the US. It is really quite astonishing she’s left after less than a year.” The mother of two will be replaced by the Sussexes’ UK spokesman, James Holt, who’s worked for the couple for five years.

Although sources close to the duke and duchess insist Catherine will continue to work for the couple in an advisory capacity, insiders have claimed the strategist “wanted out”.

“I think there was a sense she was having to fulfil a great many functions for the couple – not all of which were necessarily in her job spec,” a well-placed insider claims.

“Catherine’s very bubbly and has a big personality. She was the bright hope to run their organisation, so this is surprising news. Harry and Meghan don’t have a big team in LA so it’s undoubtedly going to be a blow.”

The Sussexes have long been dogged by a high staff turnover rate, losing at least 13 key aides during their time as senior royals and in their new ventures across the pond.

Meghan has also recently parted ways with Nick Collins, who’s been her agent since she was a just-starting-out actress, according to The Sun. Sunshine Sachs, the PR team which represented the 39-year-old while she starred as Rachel Zane on Suits, has been shifted to the couple’s charity ventures.

At least nine other aides quit jobs when Meghan and Harry were working as senior royals.

Their PR chief, Sara Latham, who worked for Hillary Clinton, left before being hired by the queen while another key aide, Heather Wong, quit last month as director of Harry’s travel firm, Travelyst.

“Not all of them could possibly be bad,” says Angela Levin, Prince Harry’s biographer.

“Some of them come with huge credentials and experience. Harry and Meghan will develop a very bad reputation if it carries on like this.” 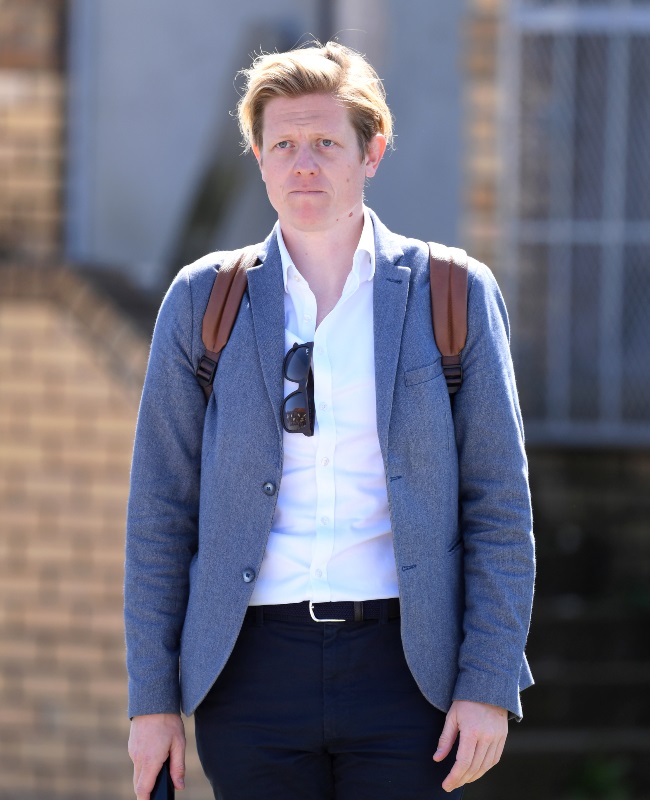 Catherine will be replaced by the Sussexes’s UK PR chief, James Holt, who has worked for the couple for five years. (CREDIT: Gallo Images / Getty Images)

Earlier this month Buckingham Palace announced it was launching a probe into allegations that Meghan bullied several female members of their team, forcing at least two to quit.

A spokesman for the couple denied the claims, calling it a “calculated smear campaign”.

Although it’s unclear what really made Catherine quit, the resignation will do the Sussexes’ reputation no favours – and it’s bound to be the last thing they want to deal with as they prepare to mark Archewell’s first anniversary.

The couple recently welcomed a “growing and diverse” group of experts to their foundation’s team after their exit from the royal family was made permanent in February.

A statement issued on behalf of the Archewell Foundation earlier this week said it would also be advised by Invisible Hand, “a female-led, diverse team” based in New York and run by strategist and cultural change agent Genevieve Roth.

Oscar-nominated producer Ben Browning has just been unveiled as Archewell’s head of content to “work closely with Netflix and Spotify”, with whom the couple signed multi-million dollar deals last year.

Along with newly promoted James Holt, Ben’s employment means the two most powerful people in the Sussexes’ top team are now both white men. Among the impressive list of names joining forces with the couple is Oscar-nominated producer Ben Browning, who will oversee Archewell Audio and other creative partnerships with Netflix and Spotify as head of content. (CREDIT: Gallo Images / Getty Images)