The Duchess of Sussex has been dealt a blow as a result of Netflix’s financial woes after her show Pearl got dropped. (PHOTO: Gallo Images/Getty Images)

The Duchess of Sussex is having to bid farewell to her animated kids’ series, Pearl, after the show was axed by Netflix.

The show, which Meghan wrote and was an executive producer for, was cancelled last week by the streaming service as part of a wave of cutbacks prompted by a drop in subscriber numbers.

The series, about a 12-year-old girl named Pearl who goes on a journey of self-discovery, was picked up by Netflix as part of Meghan and husband Prince Harry’s $100 million deal with the streaming service which they signed in 2020.

But sadly, it is no more – and all references to it have been removed from the Sussexes’ Archewell Productions website.

Pearl was to have been the first animated series created by Archewell, which they formed in 2020 to create scripted series, docu-series, documentaries, features, and children's programming.

Its name was inspired by Meghan, whose name means ‘pearl’ in Welsh, and it was going to tackle issues of social injustice. Harry and Meghan chat with a bystander at the Invictus Games in The Hague last month. (PHOTO: Gallo Images/Getty Images)

The Archewell website now only features Heart of Invictus, a doccie about the Invictus Games which the couple attended in The Hague this year, as Meghan’s lone active media project.

It certainly hasn’t been the best week for the Sussexes after the palace announced they, along with Prince Andrew and a number of other royals who aren't in active duty for the queen, won’t be allowed on the balcony at Buckingham Palace at the  Trooping the Colour. The event will be one of the highlights of the queen’s jubilee celebrations in June. 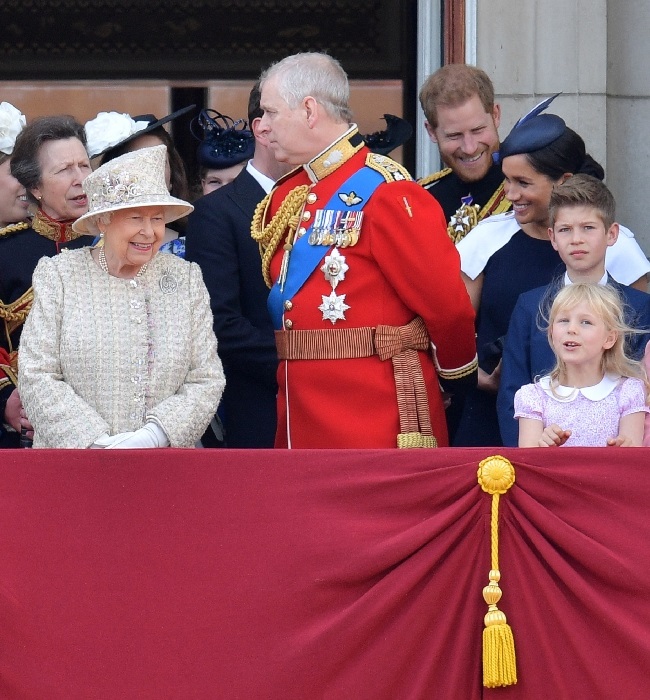 Harry and Meghan, as well as Prince Andrew, won't appear with the rest of the royal family on the balcony of Buckingham Palace for Trooping the Colour as they've done in previous years. Here is the family pictured in 2019 (from left): Princess Anne, Queen Elizabeth, Prince Andrew, Prince Harry, Meghan, James, Viscount Severn, and Isla Phillips. (PHOTO: Gallo Images/Getty Images)

Due to his involvement in the Jeffrey Epstein sex scandal, disgraced royal Prince Andrew will also not attend.

”After careful consideration, the queen has decided this year’s traditional Trooping the Colour balcony appearance on Thursday 2nd June will be limited to Her Majesty and those members of the royal family who are currently undertaking official public duties on behalf of the queen,’’ the palace said in a statement.

However, the Sussexes have confirmed they'll be travelling to the UK with son Archie (3) and daughter Lilibet (11 months) to attend some of the other festivities to celebrate the queen's record-breaking 70 years on the throne.

“Prince Harry and Meghan, the Duke and Duchess of Sussex, are excited and honoured to attend the queen’s platinum jubilee celebrations this June with their children,” a spokesperson for the couple said last week.

We live in a world where facts and fiction get blurred
In times of uncertainty you need journalism you can trust. For 14 free days, you can have access to a world of in-depth analyses, investigative journalism, top opinions and a range of features. Journalism strengthens democracy. Invest in the future today. Thereafter you will be billed R75 per month. You can cancel anytime and if you cancel within 14 days you won't be billed.
Subscribe to News24
Next on You
Kate Middleton: ‘No mother is immune to anxiety and depression’