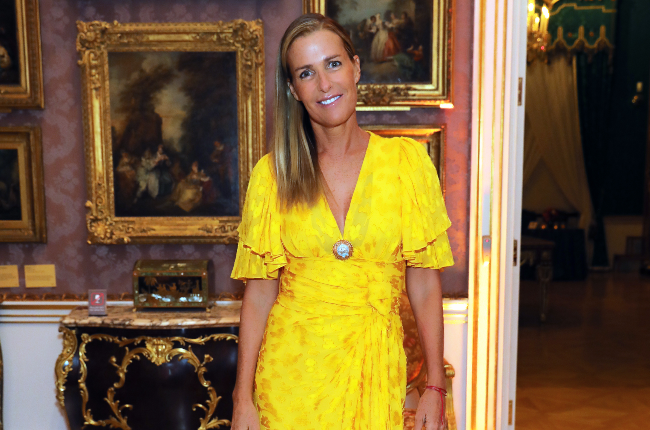 India Hicks, who was a bridesmaid at her godfather Princes Charles’ 1981 wedding to Princess Diana, has admitted to shoplifting a £680 (R14 960) Max Mara coat from Harrods.

The 53-year-old mother-of-five, who now lives in the Bahamas with her long-term partner David Flint Wood, pleaded guilty in the Uxbridge magistrates’ court in London recently.

She was conditionally discharged and ordered to pay a £107 fine (R2 345). The incident occurred in January when she visited the popular store at London’s Heathrow Airport.

Her spokesperson, however, said it was simply a case of her being “absent-minded” as she later returned the coat.

“The court accepted that at the time of taking the coat, India had simply been absent-minded and hadn’t intended to leave without paying for it,” the spokesperson told the UK’s Sun.

“She was full of remorse for this mistake and was discharged by the district judge.” India, who was 13 when Prince Charles asked her to be their bridesmaid, is the daughter of Lady Pamela Mountbatten, a great-great-grandchild to Queen Victoria, and the famed interior designer David Nightingale Hicks.

She’s also the granddaughter of Earl Mountbatten, uncle to Prince Philip and second cousin once removed of the queen, whose father George VI took over the throne when his brother Edward abdicated.

India isn’t the only royal with a history of a run-in with the law. In 2002 Princess Anne became the first senior royal to be convicted when her dog, a bull terrier, attacked two children in a park.

The queen’s daughter pleaded guilty to not being in control of a dangerous dog and was ordered to pay a £500 (about R10 900) fine as well as £500 compensation to the victims.

It was the first time in over a century that a senior royal had appeared in court.

We live in a world where facts and fiction get blurred
In times of uncertainty you need journalism you can trust. For only R75 per month, you have access to a world of in-depth analyses, investigative journalism, top opinions and a range of features. Journalism strengthens democracy. Invest in the future today.
Subscribe to News24
Related Links
Aw, cute! Guess what Archie calls granddad Prince Charles?
What’s in a name? Why Prince Charles may change his name when he’s king
Prince Charles drops a major hint about what he got Prince George for his 7th birthday
Next on You
Wanted: royal housekeeper for the Cambridges – apply now!