Prince Charles has had tentative peace talks with Prince Harry following his return to the UK for his grandfather, Prince Philip's funeral. (PHOTO: Gallo Images/Getty Images)

The future king of England has headed to his cottage in Wales after an emotional time that saw him lose his beloved father, Prince Philip, and see the return of his youngest son, Prince Harry, to his homeland.

Relations between Prince Charles and his younger son have been on the skids since Megxit and worsened after Harry and wife Meghan Markle’s explosive tell-all with Oprah Winfrey.

But now it appears there may be hope for a reconciliation.

According to reports, Prince Charles (72) met with both Prince William (38) and Harry (36) after Philip’s funeral for “peace talks”.

Insiders believe this is the start of “baby steps” towards a reconciliation. Charles photographed in the woodlands of his Welsh estate in 2012. (PHOTO: Gallo Images/Getty Images)

Charles, who has apparently gone to Wales without his wife, Camilla, was apparently left gutted by Meghan and Harry’s claims of racism in the royal family, and shocked at being accused of cutting Harry off financially after he withdrew as a working royal.

Charles and William reportedly wanted to meet with Harry together so that no one’s words could be misconstrued later.

“Obviously, after the worldwide fallout of the Oprah interview, trust has to be rebuilt,” a senior royal insider told the UK’s Daily Mail.

“There was no official wake after the funeral but Charles, William and Harry took the opportunity to speak and catch up face to face after many months apart.

“They were only able to spend a short time together outdoors given Covid restrictions and also without staff, including senior courtiers, overhearing what was being said.

“It was important to Charles and William they were both there together. It means nothing spoken about can be misconstrued in the future.” The Duchess of Cambridge has been playing family peace-maker in the rift between William and Harry. (PHOTO: Gallo Images/Getty Images)

William’s wife, Kate Middleton, also attended parts of the talks, some of which took place at Frogmore Cottage, the home on the grounds of Windsor Castle the queen gave Harry and Meghan after their wedding.

He has been quarantining there since flying over from the California, where he, Meghan and son Archie live in a Montecito mansion.

Harry apparently wrote his father a series of emotional letters before he left due to a “complete communication breakdown” sources say.

“Their relationship had hit rock bottom so he was forced to write letters. He outlined his reasons for leaving and promised to respect the institution.” 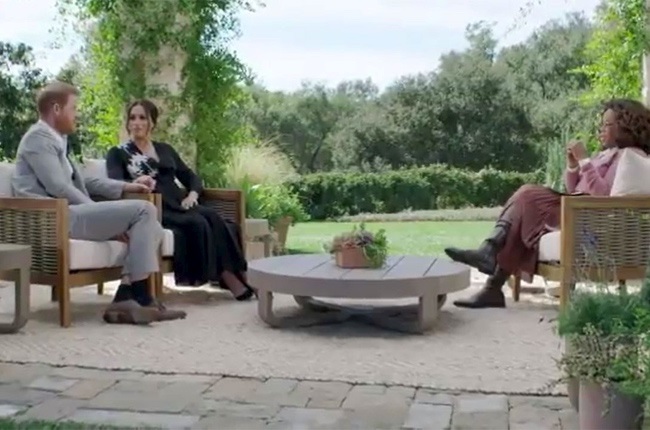 Charles is said to be still “very hurt” by Harry’s decision to do the Oprah interview while the Duke of Edinburgh was seriously ill in hospital.

William too is said to still be “aggrieved” by what his brother and Meghan said in the interview. However, the brothers were seen chatting outside St George’s Chapel after Philip’s funeral. It was the first time they’d come face to face in over a year.

“But it was like they pushed pause on whatever problems they have together in honour of the day,” says royal commentator Ashley Pearson.

We live in a world where facts and fiction get blurred
In times of uncertainty you need journalism you can trust. For only R75 per month, you have access to a world of in-depth analyses, investigative journalism, top opinions and a range of features. Journalism strengthens democracy. Invest in the future today.
Subscribe to News24
Next on You
Taking up the reins: Lady Louise follows in Prince Philip’s footsteps