William and Kate with children Prince George, Princess Charlotte and Prince Louis on the balcony at Buckingham Palace at the end of the platinum pageant. (PHOTO: Gallo Images/Getty Images)

Even the Duke and Duchess of Cambridge have jokingly noted Prince Louis’ antics during the platinum jubilee weekend celebrations.

William and Kate recently took to Instagram to share new snaps of the family during their four-day platinum jubilee celebrations. Kate with George, Charlotte and Louis on the steps of Buckingham Palace. (PHOTO: Instagram)

Another video showed the royal couple attending a street party in Kensington.

“What a fantastic weekend of celebrations. Seeing people across the nation coming together with family, friends and loved ones has been extremely special,” Wills and Kate captioned their post.

“Thank you to everyone who turned out to show their gratitude to The Queen and her inspiring 70 years of leadership. “From the crowds on the Mall to communities hosting street parties up and down the country, we hope you had a weekend to remember.”

The doting parents also noted how much fun their youngest son had during the festivities.

“We all had an incredible time, especially Louis,” the pair ended the post. 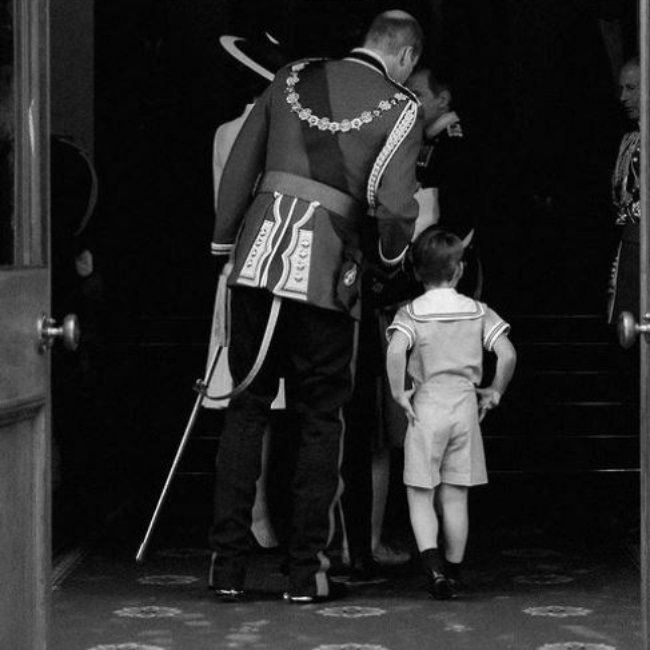 The post comes after the four-year-old stole the show at various events over the weekend. On Sunday, Louis was spotted in the royal box, clapping his hand over Kate’s mouth, pulling cousin Mia Tindall’s hair and waving to the crowd before clambering onto Grandpa Charles’ lap.

On Thursday, he also made a series of funny faces and had various conversations with Queen Elizabeth on the balcony of Buckingham Palace during the Trooping the Colour parade. Prince Louis having a conversation with Queen Elizabeth during the Trooping the Colour parade. (PHOTO: Gallo Images/Getty Images)

Although some people took to social media to comment on Louis’ “cheeky behaviour”, royal expert Camilla Tominey says the young prince was just enjoying himself and being a child.

“It wasn’t as if he was being naughty or anything,” says Camilla. “They were just kids being kids. Of course, as parents, they love to see all the photographs the next day. It would be different if they didn’t enjoy it, but what they are trying to do is slowly acclimatise the children to the life they are going to lead.” “It’s a careful balance – they want to get them used to that world but not make it too intense or make them feel like they’re different.”

“I was so delighted by the picture of Prince Louis sticking out his tongue at his mother, then cheekily reaching to put a hand over her mouth when (clearly) she must have told him to behave,” says Bel. “On seeing the image, my daughter Kitty, who has a girl aged nine and a boy of six, commented with real feeling: ‘Every mother knows that moment when your child forces you to inhale the scent of grubby little boy’s hand — eau de dirt! Watching it must have made the nation’s mothers breathe a sigh of relief.’”

We live in a world where facts and fiction get blurred
In times of uncertainty you need journalism you can trust. For 14 free days, you can have access to a world of in-depth analyses, investigative journalism, top opinions and a range of features. Journalism strengthens democracy. Invest in the future today. Thereafter you will be billed R75 per month. You can cancel anytime and if you cancel within 14 days you won't be billed.
Subscribe to News24
Related Links
Burgers, chocolate biscuit cake, extra spicy curry – see what these royals turn to when they want...
Carole Middleton shares sweet childhood snap of Kate, the Duchess of Cambridge
‘I can’t do the floss dance!’ Prince William gets candid on life with the Cambridge kids
Next on You
SEE THE PICS: Zara and Mike Tindall's cute kids show why they're the most relatable royals