William (38), who was joined by his wife, Kate (38), took the seven-year-old along on the bird hunt. (Photo: Gallo Images/Getty Images)

It’s as natural for him as breathing. In fact he’s been doing it himself since he was a kid along with his younger brother, Prince Harry. It’s just the royal way, after all.

But the world today is a far cry from the one in which Prince William and Harry grew up, and the future king has come under fire from animal rights activists for taking his eldest son, Prince George, on a grouse hunting trip.

Not for the first time, William (38), who was joined by his wife, Kate (38), took the seven-year-old along on the bird hunt near the family home of Balmoral in Scotland.

While the youngster didn’t actually shoot, he watched the goings-on, which People for the Ethical Treatment of animals (Peta) says could psychologically scar him for life.

“For a child to be compelled to witness such casual killing – and by a parent he looks up to, no less – is potentially as harmful to his or her psyche as it is to the bird's very life,” said the animal rights organisation’s director Mimi Bekhechi.

“It can desensitise children to the suffering of animals – which is cause for concern, given the well-established link between cruelty to animals in childhood and antisocial behaviour in adulthood – and could give George nightmares.”

She urged the Duke and Duchess of Cambridge to take more responsibility and care, saying, “To help him grow into a responsible, compassionate leader, his parents must teach him respect for all living beings.” 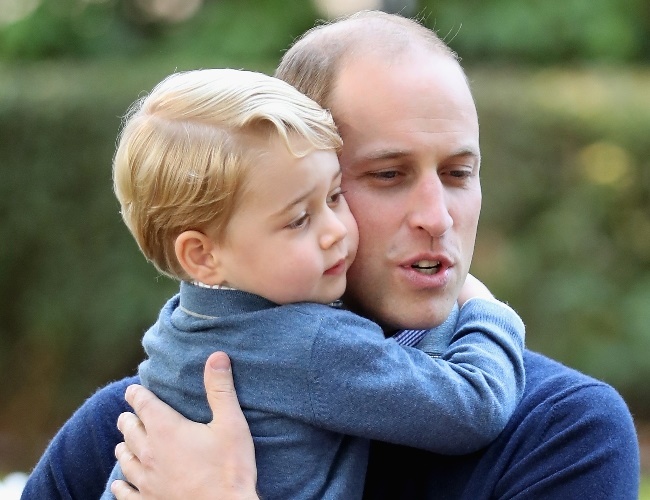 The topic came up for debate on the popular UK TV show This Morning where guest Nicola Thorp told presenters Holly Willoughby and Phillip Schofield she believed social services would have been involved had it not been for the prince’s privileged background.

“It’s just another case of when posh people do something like taking their children to a shooting range or hunt - it’s seen as traditional.

“We hoped, didn’t we, that Kate and William would bring the new era of the royal family and bring them more in touch with people like ourselves.

She’s up against a staunch royal tradition that stretches back centuries and is unlikely to stop.

William and Harry hunted and shot from a young age and were said to be such big fans of it their mother, the late Princess Diana, jokingly dubbed them her “killer whales”.

Since marrying animal-loving Meghan Markle and leaving the UK, Harry (35) has been less involved. In fact, the last time he took part in a hunt was at the annual Boxing Day pheasant shoot at Sandringham back in 2018.