Prince William slams the billionaire space race: 'We should be saving Earth' 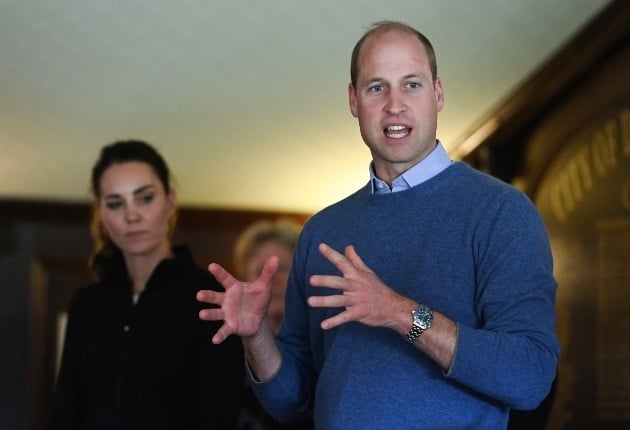 Prince William has some choice words for the current crop of space billionaires and their race to leave planet Earth.

“We need some of the world’s greatest brains and minds fixed on trying to repair this planet, not trying to find the next place to go and live,” he said. He was seemingly referring to both Bezos and SpaceX founder Elon Musk – the latter recently revealed his ambitious plans to colonise Mars, even saying he wants to build Tesla cars on the Red Planet some day.

But for William, their focus should be on “trying to repair this planet” now.

The father of three warned that inaction on climate change would “rob our children’s future”.

“I want the things that I’ve enjoyed – the outdoor life, nature, the environment – I want that to be there for my children, and not just my children but everyone else’s children.

'If we’re not careful, we’re robbing from our children’s future through what we do now'
Prince William

He also cautioned participants in the Cop26 summit, where world leaders will gather in Glasgow at the end of the month to discuss climate change, against “clever speak, clever words but not enough action”.

The interview, held at Kensington Palace, comes just days before William announces the winners of his Earthshot Prize, which honours those with the best solutions to help the environment.

Earlier this week he and and his wife, Kate Middleton, met with schoolchildren in Kew Gardens at a Generation Earthshot event to encourage them to think about the environment. The duke engaged with children at the Heathlands School as part of a Generation Earthshot event to create new ideas to repair the planet. (PHOTO: Gallo Images/Getty Images)

In a nod to recycling, Kate wore a bright-green coat that she was first seen in during her 2014 tour with William to New Zealand.

The couple were seen enjoying projects with the kids and were later joined by London mayor Sadiq Khan, explorer and presenter Steve Backshall and Olympian Helen Glover. In a video posted on Instagram the Cambridges stated their mission: “Education is such an important part of protecting our planet. We must inspire in the next generation the optimism, confidence and enthusiasm to chase those solutions and to continue building a more sustainable future.”

We live in a world where facts and fiction get blurred
In times of uncertainty you need journalism you can trust. For only R75 per month, you have access to a world of in-depth analyses, investigative journalism, top opinions and a range of features. Journalism strengthens democracy. Invest in the future today.
Subscribe to News24
Next on You
Donald Trump accuses Meghan Markle of ‘horribly’ using Prince Harry and ‘disrespecting’ the queen