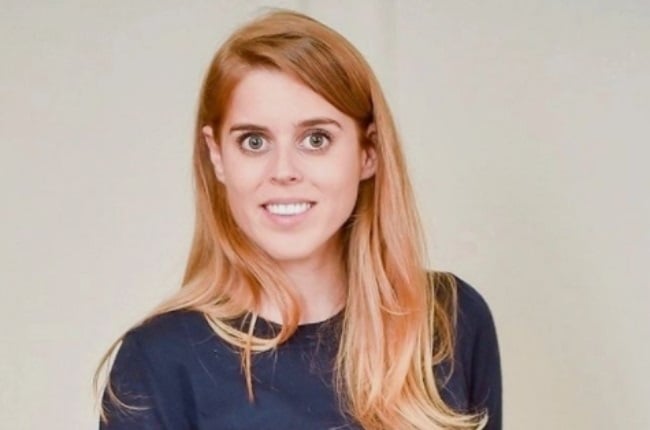 Princess Beatrice was diagnosed with dyslexia when she was seven. (PHOTO: Instagram/ princessbeatriceroyal)

While some people look down on a learning disability, Princess Beatrice is embracing hers, even describing it as a gift her children would be “lucky” to have. The queen’s granddaughter, who is expecting her first child with husband Edoardo Mapelli Mozzi, recently opened up about being dyslexic in an interview with podcaster Giovanna Fletcher.

“I really see it as a gift,” says Beatrice, who was diagnosed with the learning disorder at the age of seven.

Children with dyslexia often struggle with new words or learn to read later than usual, but the 33-year-old royal says she’ll tap into the tools she’s been given if her unborn child or her stepson, Wolfie, turn out to be dyslexic.

“If any child, any bonus son, or future babies on their way are lucky enough to be diagnosed with dyslexia, I feel incredibly grateful to have tools such as the Helen Arkell Dyslexia Charity to be able to tap into, to give them that extra support,” she says.

The princess is a patron of the Helen Arkell Dyslexia Charity, a non-profit organisation that offers support and advice to those with dyslexia and those caring for someone with dyslexia.

"I really see it as a gift."
Princess Beatrice

Before her diagnosis, she says it was difficult to keep up with her peers in class and she often felt like the odd one out. She loved school, but struggled with the work. “I'd be looking at the words trying to formulate them in front of me,” she recalls. “I hated writing essays, I hated spelling, but I loved the environment.”

Beatrice, who revealed Edoardo (38) is also dyslexic, says while she wouldn’t “want there to be any difficult situations” when it comes to her child, she believes “it's the challenges that make you”.

The past year has had its fair share of challenges when she was forced to homeschool Wolfie during lockdown.

“Homeschooling was definitely not my forte, not going to lie,” she says. “Sadly I can't blame that on dyslexia. But I've felt very lucky to have had the chance to work with my bonus son over the course of the school closures. It was a huge learning curve for all of us.”

Beatrice is sharing her story because she wants to inspire others with the same condition. “If by sharing my story I can help one young person, whether they're 11 or seven just receiving the news that they've got the gift of dyslexia, then I think you've got such a fantastic opportunity to share some of these great learnings.”

We live in a world where facts and fiction get blurred
In times of uncertainty you need journalism you can trust. For 14 free days, you can have access to a world of in-depth analyses, investigative journalism, top opinions and a range of features. Journalism strengthens democracy. Invest in the future today. Thereafter you will be billed R75 per month. You can cancel anytime and if you cancel within 14 days you won't be billed.
Subscribe to News24
Related Links
EXCLUSIVE: Here’s the first photo of Princess Beatrice’s baby bump!
‘I was bullied and called stupid’: Joburg matric on how he overcame dyslexia to bag six distinctions
How to help a child with dyslexia
Next on You
Queen Camilla: inside the life of a reluctant royal