Princess Charlene the peacemaker: how the royal is “mediating” in the Zulu royal family's battles Princess Charlene of Monaco has offered to help in the warring disputes within the Zulu household since the death of their leader, King Goodwill Zwelithini, in March. (PHOTO: Gallo Images/Getty Images)

Her Serene Highness Princess Charlene of Monaco is wading into the power struggles of another royal kingdom.

The wife of Prince Albert, who has been in South Africa since May after suffering a series of health setbacks, has reportedly called on the Zulu royal family to halt their succession battles in the name of peace.

According to Charlene’s spokesperson, the 43-year-old mom of two is acting as an “unofficial mediator”.

“She is not a formal mediator – she is simply willing to help. She believes she can make a difference in a complicated family matter under the guidance of spiritual leaders,” she told YOU.

The royal has reportedly spoken in private with the household, which has been rocked by infighting since the death of its leader of 50 years, King Goodwill Zwelithini, in March. 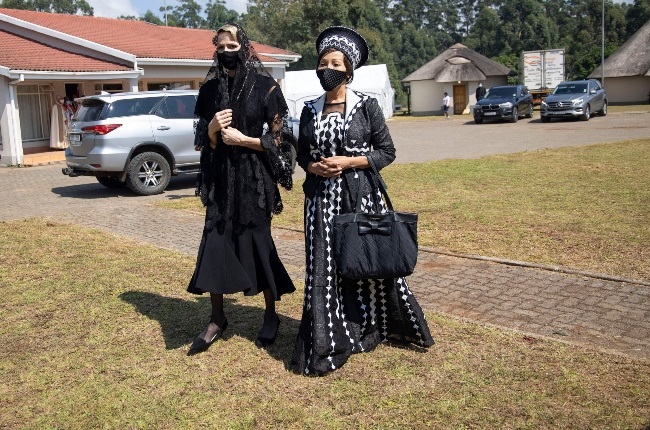 The royal arrives at the memorial service for King Goodwill Zwelithini with SA businesswoman Bridgette Radebe at the KwaKhethomthandayo royal palace in Nongoma in KwaZulu-Natal in March. (PHOTO: Gallo Images/Getty Images)

The king died at the age of 72 from diabetes-related complications, leaving behind six wives and at least 26 children.

One of Zwelithini’s sons, Misuzulu kaZwelithini, was named the king after his father’s death but a section of the royal family believe he should not be referred to as the monarch as the family is yet to decide on the heir to the throne, City Press reported.

READ MORE: A farmer, rugby player and father of 2: all about Misuzulu, the new leader of the Zulu nation

The succession battle has turned ugly, with some royal family members allegedly publicising sensitive details about King Misuzulu’s private life – including that he allegedly impregnated two of his cousins and is “an irresponsible drunk”.

And into the fray has apparently stepped Princess Charlene, a longtime friend of the late king.

“Her Serene Highness has always had a deep and sincere love for the Zulu kingdom,” her spokesperson says. “As a personal friend of the late King Goodwill, she is deeply saddened by the rift within the family but believes she can help.”

Charlene was among the VIP guests who attended the king’s funeral held in Nongomo in northern KwaZulu-Natal.

She was seen sitting close to President Ramaphosa and other dignataries while wearing a black face mask and lace veil.

In July, during what would have been the king’s birthday month, she posted a photo and captioned it with a simple red heart.

Charlene is currently recovering from a string of operations related to an ear, nose and throat infection she picked up shortly after arriving in SA in May.

She is set to return to Monaco next month.

We live in a world where facts and fiction get blurred
In times of uncertainty you need journalism you can trust. For only R75 per month, you have access to a world of in-depth analyses, investigative journalism, top opinions and a range of features. Journalism strengthens democracy. Invest in the future today.
Subscribe to News24
Next on You
How the queen is bankrolling Prince Andrew’s fight in his sex abuse lawsuit