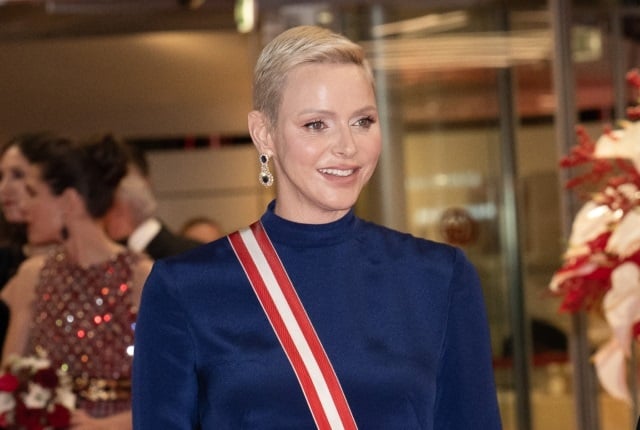 As she heads into a new year with renewed vigour after months of ill health, rumours are doing the rounds that Princess Charlene's South African parents have set up home in Europe so they can be on hand to offer her support.

A report in the UK’s Daily Mail quoted sources saying Mike and Lynette Wittstock have left Benoni to take up permanent residence near Monaco to be closer to their famous daughter and provide support.

It claims the couple have moved into a property in La Turbie, a French village next door to the principality of Monaco.

“It has made the world of difference," says a palace source quoted in the article.

“The Wittstocks have moved into a house that's just a few minutes’ drive away from Charlene, and they meet all the time. They make her feel safe and secure, and remind her of the far more carefree life she enjoyed in South Africa before becoming a Monaco princess.”

READ MORE | Exclusive: Princess Charlene opens up about family life and how she's feeling strong for the new year

However Chantell Wittstock, Charlene’s sister-in-law, spokesperson and the director of the royal’s foundation in SA, has dismissed the claims as “totally untrue”.

“Mike and Lynette are still in Benoni. They have not moved and they have no plans to move to Monaco,” Chantell, who is married to Charlene’s younger brother, Sean (39), told YOU. Charlene returned to royal life in April last year following a five-month stint in a private clinic in Switzerland, where she was treated for emotional and physical exhaustion. A glamorous Charlene and Prince Albert on the red carpet at the 2022 World Rugby Awards in Monaco last year. (PHOTO: Gallo Images/Getty Images)

She booked herself into the clinic in November 2021 following her return to Monaco after months spent grounded in SA due to complications stemming from a severe ear, nose and throat infection. During that time she had many operations that left her looking pained and frail.

Rumours also circulated at the time that her 10-year marriage to Prince Albert was in trouble, allegations both parties fiercely denied.

Since throwing herself back into her royal duties and role as mother to her and Albert’s twins, Prince Jacques and Princess Gabriella (8), she's gone from strength to strength and in December last year she told YOU she feels “full of energy and serene”.

“I’ve had a very active year and it has done me a lot of good. My health remains the most important thing to me along with the love of those I hold dear.”

On 10 December she and Albert celebrated their twins’ birthday and there will be more festivities on 25 January when Charlene turns 45.

We live in a world where facts and fiction get blurred
In times of uncertainty you need journalism you can trust. For 14 free days, you can have access to a world of in-depth analyses, investigative journalism, top opinions and a range of features. Journalism strengthens democracy. Invest in the future today. Thereafter you will be billed R75 per month. You can cancel anytime and if you cancel within 14 days you won't be billed.
Subscribe to News24
Next on You
'Harry has turned into a human grenade': the damage the duke has caused with his bombshell memoir