Princess Diana would have gone back to Prince Charles “in a heartbeat”, says royal biographer Princess Di and Prince Charles were getting on better than ever before the princess' tragic death in August 1997, a royal biographer claims. (Photo: Gallo Images/Getty Images)

A royal expert and biographer believes Princess Diana would have reconciled with Prince Charles if the future king had wanted to.

Tina Brown, author of the best-selling book The Diana Chronicles, says the People’s Princess was “on the best terms she’d ever been” with her ex-husband shortly before she died in August 1997, aged 36.

She says Di had “accepted” Charles’ long-standing love for Camilla Parker Bowles, who he went on to marry.

Speaking to The Daily Telegraph, the ex-Vanity Fair editor told how she and Anna Wintour, the editor-in-chief of Vogue, met with Diana for lunch at New York's Four Seasons restaurant just over a month before she died.

“At the end of her life, she and Charles were on the best terms they'd been for a very long time,” Tina (66) says. 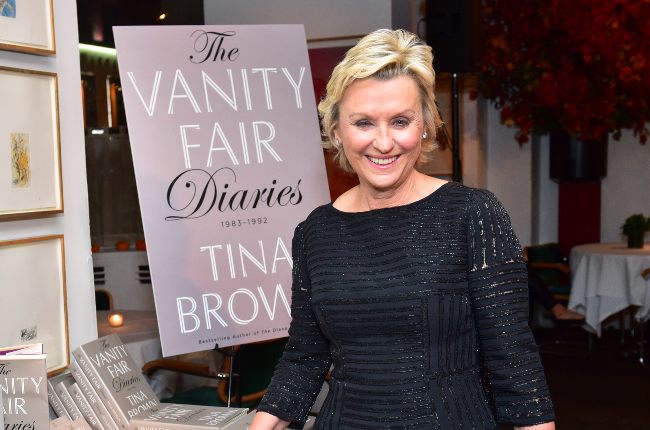 “Charles got into the habit of dropping in on her at Kensington Palace and they would have tea and a sort of rueful exchange. They even had some laughs together.

“Things were definitely calming down, the boys were older. They talked about their philanthropies. And she had accepted Camilla.

“One thing she’d finally done was really understand that Camilla was the love of his life, and there was just nothing she could do about it. But she said to me at that lunch that she would go back to Charles in a heartbeat if he wanted her.”

She describes the princess as being “desperately lonely” despite the fact Diana was involved with business tycoon Dodi Al Fayed at the time.

“She was possessive and terribly demanding and needy,” says Tina, who is currently writing a follow-up to The Diana Chronicles called The Palace Papers. The Prince and Princess of Wales in Barmouth in Wales, November 1982, shortly after they married. They divorced in 1996, one year after her iconic interview with Martin Bashir where she poured out her heart over her unhappy marriage. (Photo: Gallo Images/Gallo Images)

“She was trying to reinvent herself as a seriously impactful person and knew what she wanted.”

In another interview with the UK’s The Express, Tina says journalist Martin Bashir’s fake evidence used to secure their 1995 Panorama interview probably kick-started events that ended in her death.

She reckons Bashir’s fake bank statements saw the royal get rid of her personal bodyguards, which could have prevented her car crash in Paris.

“She had willfully decided that she did not want any of the royal protection officers with her because she thought they were spying on her – probably thanks to Martin Bashir. Link to our story on this whole saga

“She was at the mercy of a drunken off-duty driver who was working for [Dodi’s dad, Mohamed Al] Fayed. If she had had that one thing, a royal protection officer, she’d still be alive today.

“He would never ever have driven in that way, in that reckless fashion, it just wouldn't have happened.”

We live in a world where facts and fiction get blurred
In times of uncertainty you need journalism you can trust. For only R75 per month, you have access to a world of in-depth analyses, investigative journalism, top opinions and a range of features. Journalism strengthens democracy. Invest in the future today.
Subscribe to News24
Related Links
The art of playing Princess Diana: Emma Corrin is transformed into the People's Princess
Dossier of disgrace: why Charles Spencer wants justice for Princess Diana and her family
New doccie: ‘Diana didn’t want her boys thinking the whole world was 4x4s, shotguns and nannies’
Next on You
How Princess Diana’s iconic wedding gown was recreated for The Crown