R3 million for 30 seconds: how much an ad will cost on Oprah's Harry and Meghan show Oprah Winfrey's highly awaited interview with the Sussexes is set to air in the US on 7 March on CBS. (PHOTO: YouTube/Access Hollywood)

It was always going to be a tightly contested race but ITV, a major British TV network, has landed the coveted Oprah Winfrey interview with the Duke and Duchess of Sussex, Harry and Meghan.

The broadcaster landed it after producers Viacom CBS chose them over rival networks Sky and Channel 4 who, despite offering more money, did not convince CBS they could pull in the viewership numbers.

The BBC – Britain’s official national broadcaster – declined to enter the running to air the show.

“A key aim is for it to do well in the UK and ITV gives it a fair chance of getting the highest ratings of the year so far,” a source close to negotiations said.

The much-hyped two-hour special, which will see the couple dish the dirt on everything from their “unbelievably tough” exit from the UK to their new life in the US, is of course an advertiser’s dream, but they’ll have to cough up. Oprah Winfrey has described the exclusive interview as "her best ever" and it promises to draw millions of viewers. (PHOTO: Gallo Images/Getty Images) In a teaser released from the interview, the couple can be seen sitting with Oprah at their Montecito mansion in Santa Barbara. (PHOTO: Youtube/Access Hollywood)

ITV apparently wants to cash in on the deal and will reportedly free up 24 minutes of advertising time during the 120-minute show.

However, there’s also talk that many ITV royal fans will boycott the show, set to air on Monday at 8pm in Britain, a day after it’s aired in the US.

There’s much disgruntlement over the timing of the interview which is seen to be insensitive to the queen and her husband, Prince Philip, who is battling a heart condition in hospital. Concern is mounting for Prince Philip who remains in hospital and many think the timing of the Sussex interview is insensitive. (PHOTO: Gallo Images/Getty Images)

Many have warned the broadcast could detonate a “diplomatic bomb” if the 99-year-old’s health deteriorates further.

PR expert Mark Borkowski warns that the couple are at risk of a “real reputational mess”.

“The timing is just horrendous. Anybody who looks at this through the optics of a caring family . . . it’s very uncomfortable.

“Harry and Meghan are supposed to be a sensitive, caring and empathetic brand.”

Some feel that the Sussexes should ask CBS to postpone the interview, but it looks to be a case of it being too late now. 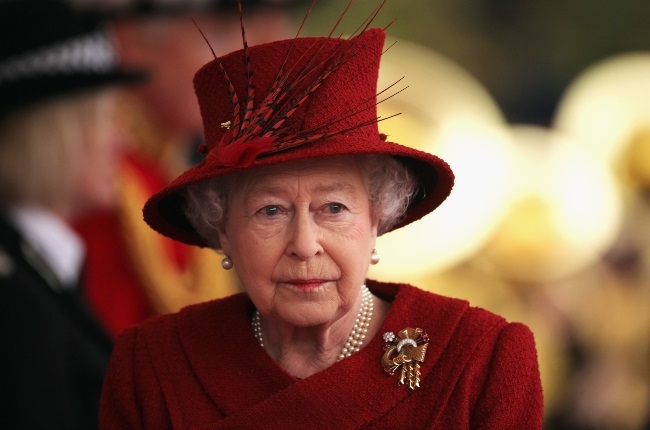 The queen did not give her consent to the interview as Harry and Meghan are now free agents to do as they wish after Megxit was finalised this month. (PHOTO: Gallo Images/Getty Images)

“We can only hope and pray that the duke recovers and goes home,” says Phil Dampier, author of Royally Suited: Harry and Meghan in their Own Words.

“If something happens to him it would look terrible. Even if Harry and Meghan wanted to stop it, they probably can’t and it’s out of their hands.”

But Prince Charles' biographer, Tom Bower, hopes it goes ahead. “I think ITV was right to buy the interview. We want to see how Harry and Meghan have sold their souls.”

We live in a world where facts and fiction get blurred
In times of uncertainty you need journalism you can trust. For only R75 per month, you have access to a world of in-depth analyses, investigative journalism, top opinions and a range of features. Journalism strengthens democracy. Invest in the future today.
Subscribe to News24
Related Links
EXCLUSIVE PHOTO: Harry and Meghan spotted looking sombre just days before their Oprah interview –...
The royal 'divorce': All you need to know about Meghan and Harry's final break from The Firm
Oprah says she supports Prince Harry and Meghan ‘1000%’
Next on You
An officer & a gentleman: we look back on the extraordinary life of Prince Philip, Britain's longest serving consort