He’s only been seen in public a handful of times so the paparazzi got a kick out of snapping pics of Charlotte Casiraghi’s seven-year-old son, Raphaël, who accompanied her to the Longines Global Champions Tour Grand Prix du Prince de Monaco showjumping competition.

The little boy looked adorable in a grey linen suit and sneakers as he joined his mom and grandmother Caroline, Princess of Hanover, in handing out prizes to the winners. 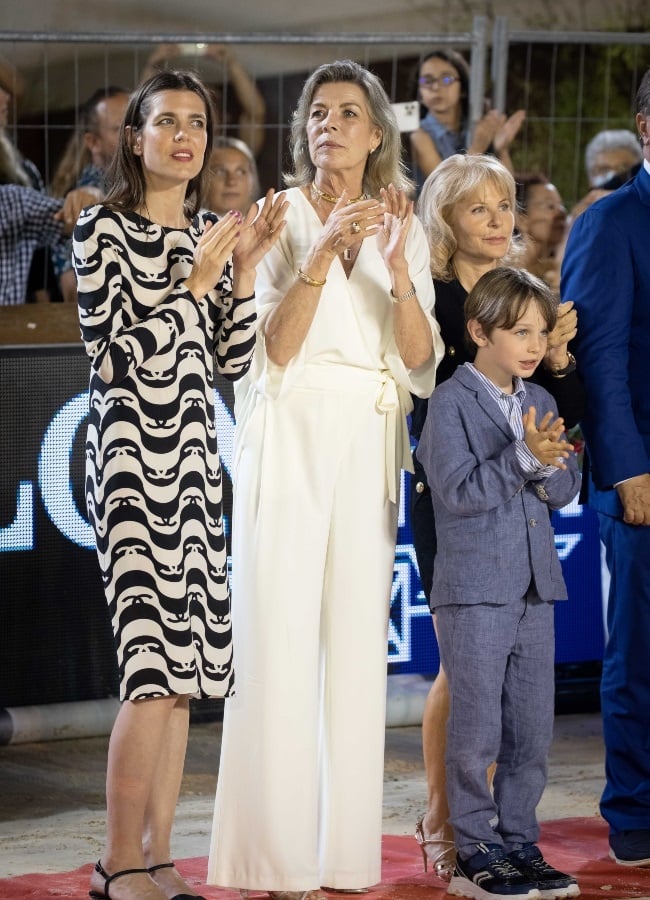 Charlotte with her mother, Princess Caroline of Hanover, and Raphaël took part in the prize-giving ceremony. (PHOTO: magazinefeatures.co.za) Raphaël accompanies his grandmother, Princess Caroline, in congratulating one of the winners. (PHOTO: magazinefeatures.co.za)

Mom and daughter looked as stylish as always, with Charlotte (34) – an accomplished equestrian who previously competed in the event – opting for a chic black and white patterned Chanel dress.

Caroline (64) was the picture of elegance in a cream ensemble by Halston and gold jewellery.

Raphaël’s dad is Gad Elmaleh, a French-Canadian stand-up comic and actor whom Charlotte dated from 2011 to 2015. Because they were never married, their son isn’t included in the line of succession to the Monegasque throne. With his grey eyes and dark hair, Raphaël appears to have inherited both his parents' good looks. (PHOTO: magazinefeatures.co.za)

In an interview with Paris Match, Moroccan-born Gad (50) said his son “rides a horse like his mother and puts on a show like his father”. Earlier Charlotte was seen with her uncle Prince Albert (63) at the prize-giving ceremony of the Pro-Am Cup, which she founded and sponsors. The event is part of the 15th Jumping International de Monte-Carlo showjumping competition.

Albert’s wife, Princess Charlene (43), remains in South Africa where she’s recovering from a series of operations relating to a severe ear, nose and throat infection she picked up earlier this year.