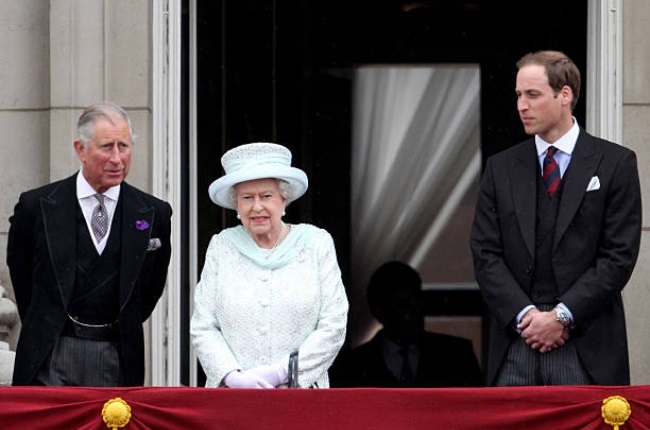 Prince Charles, Her Majesty and Prince William have hinted there will be a “tri-household” boycott of the BBC in future after they aired a controversial new royal documentary. (PHOTO: Gallo Images/Getty Images)

The Firm’s top brass – the queen, Prince Charles and Prince William – have joined forces to condemn the airing of a new BBC documentary which speaks of “briefing wars” between the Cambridge and Sussex camps.

The two-part doccie, The Princes and the Press, looks at the strained relationship between William and his brother, Harry, and the press in recent years.

Part 1, which aired on Monday evening, included claims of “competitiveness” which arose between the royal households, particularly the Cambridge and Sussex camps, with rumours of stories being leaked against each other in the media.

Journalist Omid Scobie, co-author of the controversial biography of the Sussexes, Finding Freedom, said negative stories had been leaked about Meghan while she was a royal. “There were some people who felt she [Meghan] needed to be put in her place.

“From my own research and reporting that's exactly true.”

Meghan’s lawyer, Jenny Afia, also spoke on camera and denied reports that the American was “difficult” to work with.

“Those stories were false. This narrative that no one can work with the Duchess of Sussex that she was too difficult, demanding a boss, and that everyone had to leave is just not true.” The doccie explores the prickly relationship between the two brothers’ camps and the press. (PHOTO: Gallo Images/Getty Images)

It is understood that the BBC provided a written memo, outlining relevant allegations in the documentary, but refused requests by the palace to provide an advance copy of the two hour-long episodes.

In a strongly worded joint statement issued before the programme aired, Buckingham Palace, Kensington Palace and Clarence House representing Her Majesty, the Cambridges and Prince Charles respectively, said it was “disappointed” that the national broadcaster had chosen to go ahead without consulting the palace.

“A free, responsible and open press is of vital importance to a healthy democracy,” their statement read.

“However, too often overblown and unfounded claims from unnamed sources are presented as facts and it is disappointing when anyone, including the BBC, gives them credibility.”

A royal source has criticised the documentary as “tittle-tattle” and the argument over seeing a preview has left the 95-year-old queen “particularly upset”.

'There is upset about it, the households are all united in thinking this is not fair - no one at the Palace has seen it'
– Insider

According to The Mail on Sunday, the palace has warned it will no longer assist with future BBC projects unless it is given a right to respond.

In July William demanded several changes be made to an ITV doccie about himself and his brother called Harry and William: What Went Wrong? after he was given the chance to respond.

The prince removed the allegations made by Scobie that his team had planted stories about concerns he had over his brother’s mental health, calling them potentially defamatory.

We live in a world where facts and fiction get blurred
In times of uncertainty you need journalism you can trust. For only R75 per month, you have access to a world of in-depth analyses, investigative journalism, top opinions and a range of features. Journalism strengthens democracy. Invest in the future today.
Subscribe to News24
Next on You
Thomas Markle wants Meghan stripped of her royal title after her appearance on The Ellen Show