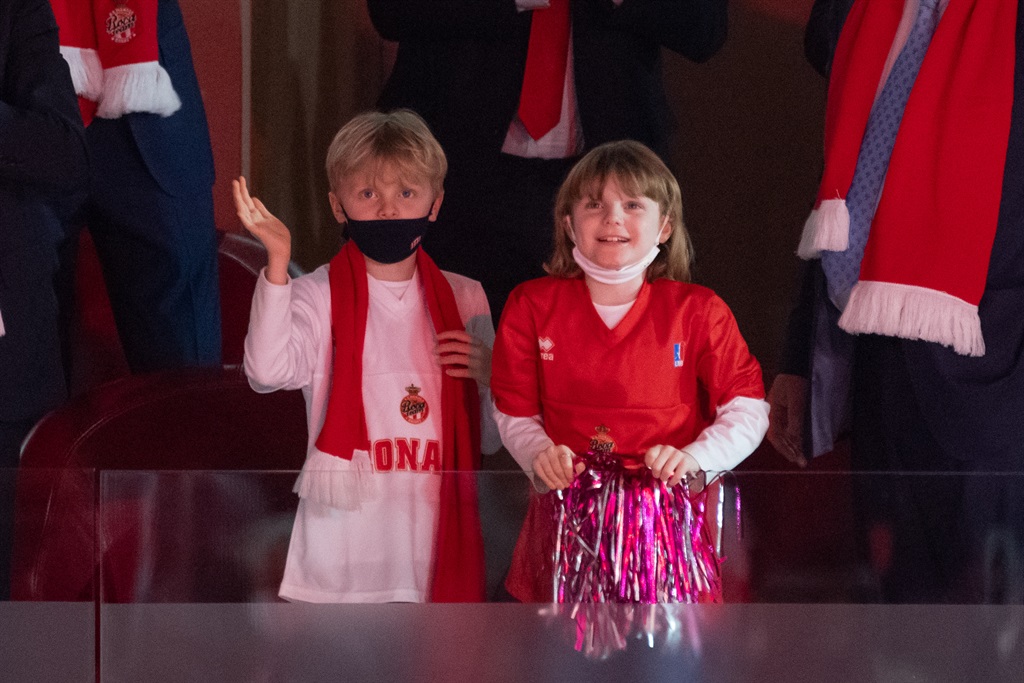 Prince Jacques and Princess Gabriella were among the VIPs at a recent basketball game in Monaco. (CREDIT: CRYSTAL PICTURES/MAGAZINEFEATUR.CO.ZA)

Prince Albert and Princess Charlene of Monaco’s twins, Princess Gabriella and Prince Jacques, were seen getting into the basketball spirit at a recent game in Monaco.

Dressed in red and white, their country’s national colours, the seven-year-olds were accompanied by their 63-year-old father as they watched their national team take on Istanbul at a Turkish Airlines EuroLeague match played in Fontvieille, Monaco.

Ever the scene stealer, Gabriella showed off her spirited nature, shaking several different coloured shakers next to her dad, who appeared engrossed in the game. 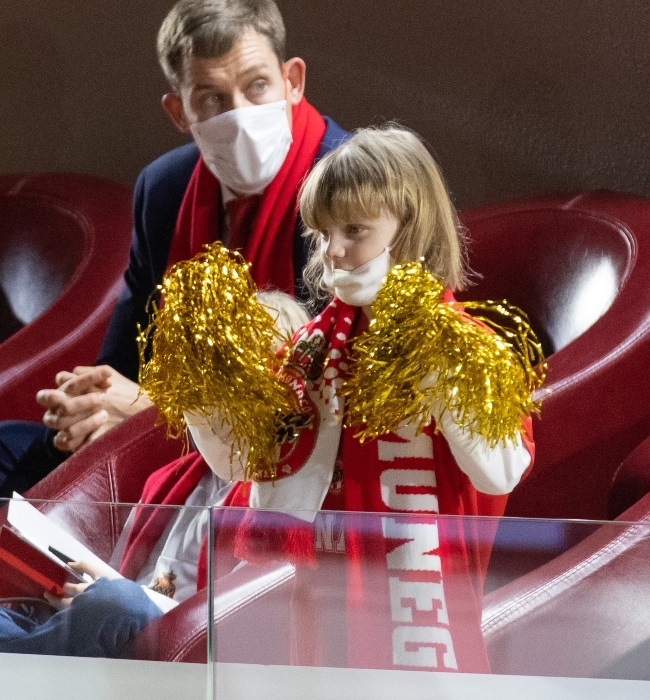 Gabriella is growing up fast and looking more and more like her mother. (CREDIT: CRYSTAL PICTURES/MAGAZINEFEATURES.CO.ZA) Albert, who turns 64 on 14 March, got animated at several points in the game. (CREDIT: CRYSTAL PICTURES/MAGAZINEFEATURES.CO.ZA) 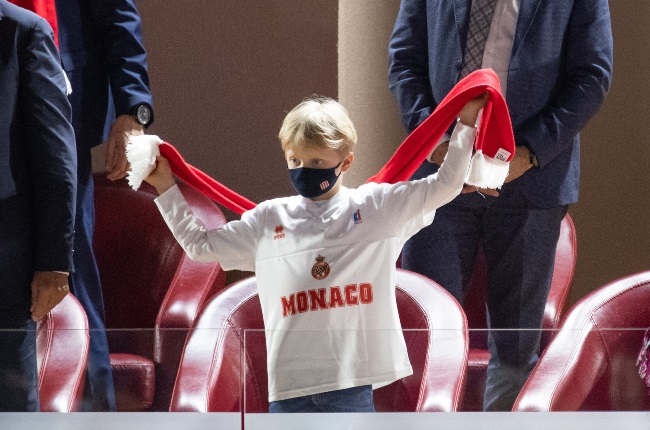 Future heir Prince Jacques made sure he wore his country's colours with pride. (CREDIT: CRYSTAL PICTURES/MAGAZINEFEATURES.CO.ZA)

The twins have been spotted on various solo outings with their father in recent months as their 44-year-old mother, Charlene, continues her recovery in a private treatment centre outside of the country.

The former South African Olympic swimmer entered the facility in November last year after suffering a physical and mental breakdown on her return to Monaco following a six-month forced stay in SA, where she endured numerous painful surgeries stemming from an ENT (ear, nose and throat) infection.

While she appeared happy on her return, even sharing an Instagram post of herself reuniting with her husband and twins at the Pink Palace, Albert revealed not too long after that, that she was “emotionally and physically exhausted”.

During that time she and Albert also endured intense scrutiny on the state of their 10-year marriage, with rumours abounding that she was unhappy with her husband and life in Monaco, and that a split was imminent. Albert proved to be a doting dad to his twins. He was seen explaining the rules of basketball to them throughout the game. (CREDIT: CRYSTAL PICTURES/MAGAZINEFEATURES.CO.ZA) Gabriella and Albert share a cute moment together. Albert has said nothing is more important to him than his children’s wellbeing. (CREDIT: CRYSTAL PICTURES/MAGAZINEFEATURES.CO.ZA)

They have both rubbished the speculation, saying their marriage is rock solid and Charlene is expected to resume her royal duties as soon as she's healthy again.

Earlier this month Albert confirmed his wife is on the mend and will be returning to the royal spotlight soon, telling Monaco-Matin, “Princess Charlene is doing much better, and I hope she will be back in the principality very soon".

At the end of January, the palace released a statement on Charlene's non-appearance at Saint Dévote Day, one of Monaco's most important national holidays. The statement said Charlene's convalescence is currently “continuing in a satisfying and very encouraging way,” but “will still take several weeks”.