The fun royal gran! Sarah Ferguson reveals that she often has sleepovers with her grandkids 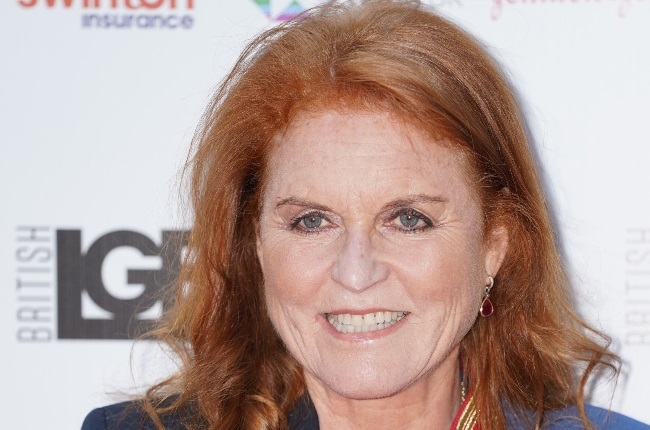 During an interview with OK!, the Duchess of York, who is the ex-wife of disgraced Prince Andrew, opened up about how proud she is of her daughters, Princess Eugenie and Princess Beatrice, for “carving out their careers” and battling illnesses head-on.

The 62-year-old also praised them for being excellent mothers.

Fergie revealed that all her grandchildren, including Beatrice’s stepson, Christopher Woolf, have been a “beautiful blessing” in her life.

“I think, as a grandparent, you have to let your children get on with being the parents they want to be, and not interfere too much,” she says.

Although she leaves her daughters to their parenting duties, Sarah says that her grandkids often stay at her place for sleepovers. She also has plenty of storytime with the kiddies and the animated voice she uses while reading leaves one-year-old Augie in stitches, she told the mag.

The duchess is also not sure whether she wants the little ones to call her granny or nanny yet but she is happy enough to leave it up to them, she says.

In another interview, with Metro, Fergie revealed that she also loves to play with her grandchildren. “August is such a little chap, and I’m playing trucks with him – but if he prefers to play with Barbie dolls in the future, that’s fine.”

Last year after Augie’s birth, she said it was an honour to be a grandmother. “As grandparents, the Duke and I are thrilled and blessed at the arrival of our grandson, August Philip Hawke Brooksbank,” she wrote on Instagram.

“He is a beautiful blessing and a bringer of such love and joy to all our family. I am so proud of Jack and Eugenie; they are and will be wonderful parents.”

Apart from being a doting grandmother, Fergie is also an author. Her historical novel, titled Her Heart for a Compass, came out in hardback in August last year, and has now been released in paperback. During an interview, she said that the book was inspired by the death of her mother in 1988 and explores the various effects of generational trauma.

“I’ve always felt judged, which is why I support the LGBTQ+ community.”

“I know what it’s like to be segregated. I’m 62 now and it still hurts, even now, when someone has a pop at me.”

In the book, she also touched on the effects of growing up with an eating disorder.

“I was a binge-eater. I never could get bulimia because I just didn’t have that mental state to go that far, but I always wished I could,” Sarah told Ayurvedic doctor and naturopath Dr Vijay Murthy on his podcast.

“But that just shows you how dangerous and what place I got to. To wish you could have a mental illness to that level is a very serious place to get to.”

We live in a world where facts and fiction get blurred
In times of uncertainty you need journalism you can trust. For 14 free days, you can have access to a world of in-depth analyses, investigative journalism, top opinions and a range of features. Journalism strengthens democracy. Invest in the future today. Thereafter you will be billed R75 per month. You can cancel anytime and if you cancel within 14 days you won't be billed.
Subscribe to News24
Related Links
How Eugenie and Beatrice have been dragged into Prince Andrew’s latest scandal
Let it snow: royals in a winter wonderland
Fergie claims she’s the ‘most persecuted woman in royal history’
Next on You
Just call her GI Kate! The Duchess of Cambridge posts never-before-seen photos