For years since he was adopted, Simon’s been convinced Camilla and Charles are his mom and dad. (PHOTO: GALLO IMAGES / GETTY IMAGES)

Simon Dorante-Day has spent the better part of the past 40 years searching for the truth about his “real” family.

The 55-year-old grandfather from Queensland, Australia, is so convinced he’s the secret love child of Prince Charles and his wife Camilla, Duchess of Cornwall, he refuses to let it go. In fact, Simon has made it his life’s work to prove the future king and his consort are his biological mom and dad.

Simon has done several interviews over the years to discuss the ties he believes he has to the royal family and also shares regular posts on his Facebook, where he goes by @PrinceSimonCharles.

The page is dedicated to his investigation, claims and photographic “evidence” of what he calls his “resemblance” to the royal couple.

One of his latest posts is an image of his son, Liam, alongside a photo of the queen in her 20s. In this case, Simon says, it’s a comparison one his 100 000 followers made and sent onto him – proof, in his books, that blue blood runs deep in his Down Under veins.

"We were blown away when we first saw the picture,” he told Australian news outlets. "Elvie [his wife, Dr Elvianna Dorante-Day] and I feel like we see many members of the royal family in our children, but this one was an eye opener.” 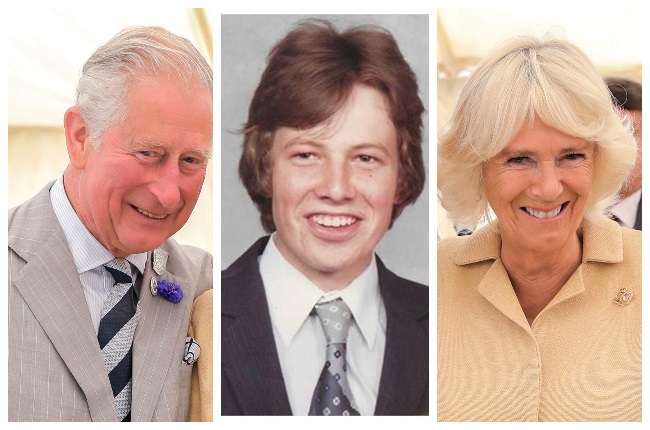 Simon can see himself in almost every member of the royal family and believes he has a strong likeness to the late Duke of Edinburgh.

“Since Philip’s death, people are seeing so many photos of him and many are stopping me in the street to say how much I look like him,” he says.

In a 2019 interview, Simon claimed Princess Diana knew about his existence as she “had put the pieces together”.

“At the time, there were all sorts of rumours flying around about the royal family, and my existence was one of them.” Simon has been supported by his wife Elvianna on his quest to find his birth parents. (PHOTO: FACEBOOK / PRINCESIMONCHARLES)

He also recalled how, as a little boy, he visited a woman he’s convinced was Camilla, as security and protection officers waited on them.

Simon was born in April 1966 and adopted by Karen and David Day from Portsmouth in the UK, who, he says, had ties to Buckingham Palace.

Winifred and Ernest Bowlden, Simon’s adoptive grandparents, worked for the queen in one of their royal households, with Ernest even receiving an Imperial Service Award for his work for Her Majesty.

“My grandmother, who had worked for the queen, told me outright that I was Camilla and Charles’ son many times,” Simon told 7NEWS in Australia.

Simon’s personal investigations have taken him back to around 1965 when a young Charles first became close to Camilla. At the time, the pair were 17 and 18 respectively. 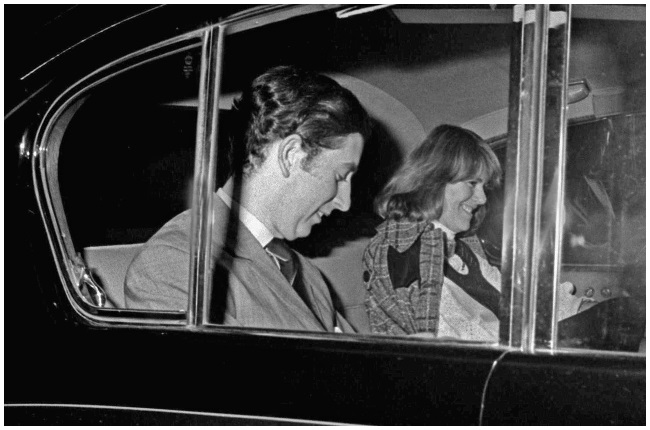 Prince Charles and Camilla Parker-Bowles pictured in 1975 as they leave the Royal Opera House in Covent Garden. The same year Simon believes he was conceived. (PHOTO: GALLO IMAGES / ALAMY)

Simon, an electronics and telecommunications engineer, believes that’s when he was conceived but it had to be kept hush-hush as Camilla was married and Charles – well, it wouldn’t do for a future king to have an illegitimate child. So the whole royal family was in on the secret.

Simon has even gone to the Australian High Court in a bid to secure an order compelling Charles and Camilla to have DNA tests done. Unsurprisingly, he was unsuccessful. Equally unsurprisingly, the royal family has never responded to any of his claims.

And so, Simon’s quest continues.

"At the end of the day, I'm just a man who's looking for his biological parents – and every road takes me to Charles and Camilla."

We live in a world where facts and fiction get blurred
In times of uncertainty you need journalism you can trust. For 14 free days, you can have access to a world of in-depth analyses, investigative journalism, top opinions and a range of features. Journalism strengthens democracy. Invest in the future today. Thereafter you will be billed R75 per month. You can cancel anytime and if you cancel within 14 days you won't be billed.
Subscribe to News24
Related Links
Princess Diana’s iconic wedding dress to go on display
Catfish alert! Woman tricked into believing Prince Harry promised to marry her
Royal intruder caught! Woman claiming to be engaged to Prince Andrew arrested on Windsor estate
Next on You
The fun royal gran! Sarah Ferguson reveals that she often has sleepovers with her grandkids