Where have all the gingers gone? The Crown bosses struggle to find a kid to play a young Prince Harry 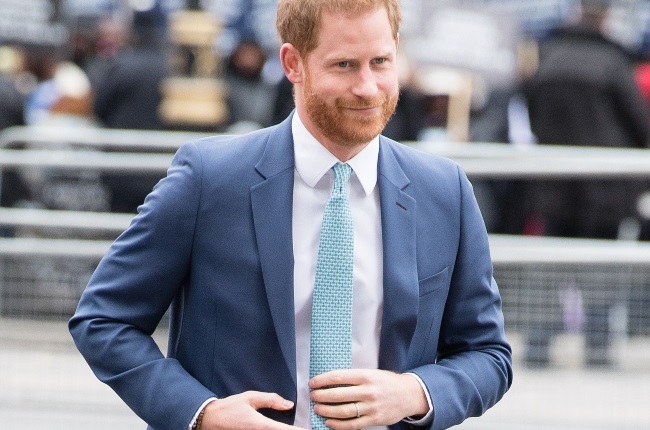 Seems red-headed actors who look like the young Duke of Sussex are in short supply.

Casting directors from the hit Netflix series The Crown are reportedly tearing their hair out trying to find a boy to play Harry aged six to 13 in the upcoming Season Five.

“The bosses have incredibly high standards when it comes to the actors they hire,” a source tells The Sun. Harry (Arran Tinker) and William (Lucas Barber Grant) with their mom Diana (Emma Corrin) in a scene from season 4 of The Crown. (PHOTO: Netflix) Prince William (9),and Prince Harry on an informal walkabout after attending a Sunday morning service with their parents, the Prince and Princess of Wales, at St James' Cathedral in Toronto, Canada, in October 1991. (PHOTO: Gallo Images/Getty Images)

“Any wannabe cast member already has to tick a long line of boxes. But with the role of young Harry, they wanted another crucial box ticking [the colour of the hair]. That's proved incredibly difficult but they're determined to cast the right actor and are considering taking any steps necessary to make the right actor look the part.”

Arran Tinker played the royal in the fourth season but only briefly.

The drama inspired by the royal family is set to start filming its hotly anticipated new season in July and will pick up in the 1990s, when the royal family was plagued by three failed marriages: Prince Andrew’s to Sarah Ferguson, Princess Anne to Captain Mark Phillips, and Prince Charles to Princess Diana. The death of Diana in 1997 will also feature in the series. Emma Corrin and Josh O’Connor as Princess Diana and Prince Charles in season four of The Crown. (PHOTO: Netflix)

Australian actress Elizabeth Debicki (30) will play Harry’s mother, Princess Diana, while the role of Prince Charles will reportedly be taken over by Dominic West (51). In Season Four these roles were played by Emma Corrin and Josh O’Connor.

Lesley Manville will take over from Helena Bonham Carter as Princess Margaret, Imelda Staunton will play the role of Queen Elizabeth, taking over from Olivia Colman, and Jonathan Pryce will succeed Tobias Menzies as Prince Philip.

The final two seasons will cover the royal family over the ’90s and into 2003.

We live in a world where facts and fiction get blurred
In times of uncertainty you need journalism you can trust. For only R75 per month, you have access to a world of in-depth analyses, investigative journalism, top opinions and a range of features. Journalism strengthens democracy. Invest in the future today.
Subscribe to News24
Next on You
Meghan Markle is mocked for her 40x40 birthday video