Brooklyn Beckham with his parents, Victoria and David Beckham, at the GQ Men of the Year Awards in 2019. The couple decided to invite only the Cambridges, and not the Sussexes, to their eldest son's recent wedding. (PHOTO: Gallo Images/Getty Images)

When it came to which royal couple cracked the nod for Brooklyn Beckham’s wedding guest list, it’s 1-0 to the Cambridges.

Prince Harry and Meghan Markle invited David and Victoria Beckham to their 2018 wedding in Windsor, but they didn't crack the nod to the Beckhams' oldest son’s lavish wedding to Nicola Peltz (27) over the weekend in Miami.

While David has called Harry an “amazing friend” in the past, the UK’s Mirror reports the former footballer and his fashion-designer wife agonised over which royal couple to invite because of the rift between the royal brothers.

Ultimately, they chose to go with the Cambridges due to their long and close friendship. The Beckhams attend Kate and William's wedding in 2011. The Duke and Duchess of Sussex did not get an invitation to Brooklyn Beckham's recent nuptials despite being friendly with Posh and Becks. (PHOTO: Gallo Images/Getty Images) 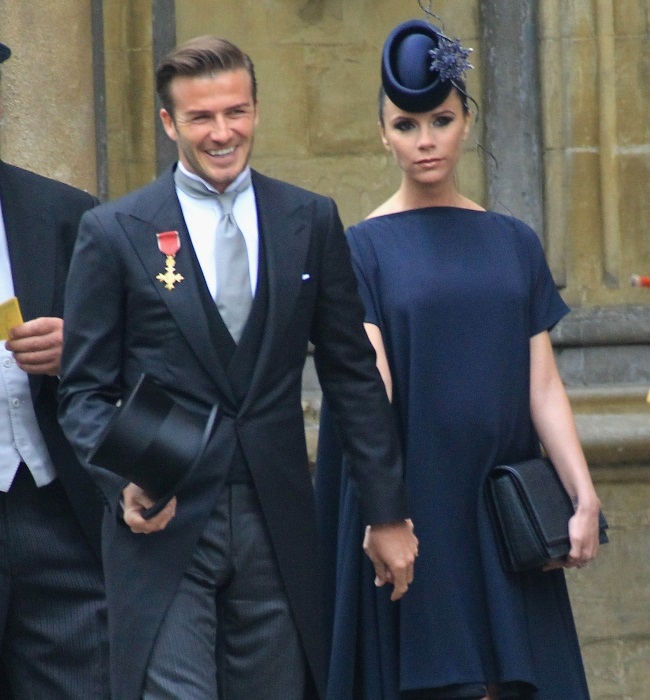 The Beckhams were among the A-list guests at William and Kate's wedding in 2011 at Westminster Abbey in London. (PHOTO: Gallo Images/Getty Images) David and Victoria at the 2018 wedding of Prince Harry and Meghan Markle at Windsor Castle. (PHOTO: Gallo Images/Getty Images)

The Cambridges “are the people David and Victoria are attached to”, according to a source.

“David’s attachment and history go back with William and Kate and they have a very strong relationship, and so they were their choice of wedding guests," the source added.

‘It was always about them, it was never about Meghan and Harry’
– Insider

However, the royal couple politely declined the invite, reportedly over security concerns.

“David and Victoria wrote to William and Kate inviting them and the family to their son’s wedding, and William replied wishing them a great deal of joy but they're unable to attend,” the source said. Ironically, after the wedding the Beckhams were seen hopping into a light blue vintage car which bore a striking resemblance to the vintage Jaguar Harry and Meghan drove off in after their wedding lunch at Windsor.

Brooklyn and Nicola, an American billionaire heiress, tied the knot at a star-studded ceremony in Palm Beach, Florida on Saturday.

According to People magazine, American illusionist David Blaine performed, as did Grammy-award winning singer Marc Anthony, as well as SA’s own Lloyiso Gijana, who sang a rendition of Only Fools Rush In.