Who is 'Tall Paul'? Everything you need to know about the queen's loyal aide who was at her side right to the very end Paul Whybrew is the longest-serving member of the royal staff. (PHOTO: Getty Images)

As the funeral procession made its way to Windsor for the burial of Queen Elizabeth II, one figure was impossible to overlook.

His name is Paul Whybrew, but he's better known as Tall Paul because at 1,9m, he towers over just about everyone.

For 44 years he loyally served the queen as one of four Pages of the Backstairs. Paul (63) was at Balmoral Castle in Scotland when the queen died and poignantly, he also walked in front of the hearse taking her coffin to its final resting spot. He’s been described as the queen’s favourite courtier, having tirelessly worked for the royal family since he was 19 years old.

A trusted employee and companion to the monarch, Paul – who started off as a junior footman – was a hit with the monarch's beloved corgis, much to the queen's delight.

As many staff members came and went, this son of a modest bank manager remained, eventually reaching the milestone of becoming her longest-serving staff member last year.

“He knew that he could've walked into any job in the private sector and earned far more than he does, but it never crossed his mind,” an unidentified friend told Daily Mail.

READ MORE | Farewell, Your Majesty: all the details from Queen Elizabeth's funeral

“He felt his place was at the queen's side as long as she wanted him, and the fact is she always wanted him. She trusted him implicitly and he knew everything but would never say,” the friend adds.

According to former royal butler Grant Harrold, Paul and the queen’s dressmaker, Angela Kelly are “the most powerful” staff members because of the trust they’ve earned.

“You'd assume the private secretary is her right-hand man, but no – that's a professional relationship,” Harrold told Insider. “The private staff get to know her really well, on a more personal level, spending time in her living quarters.” 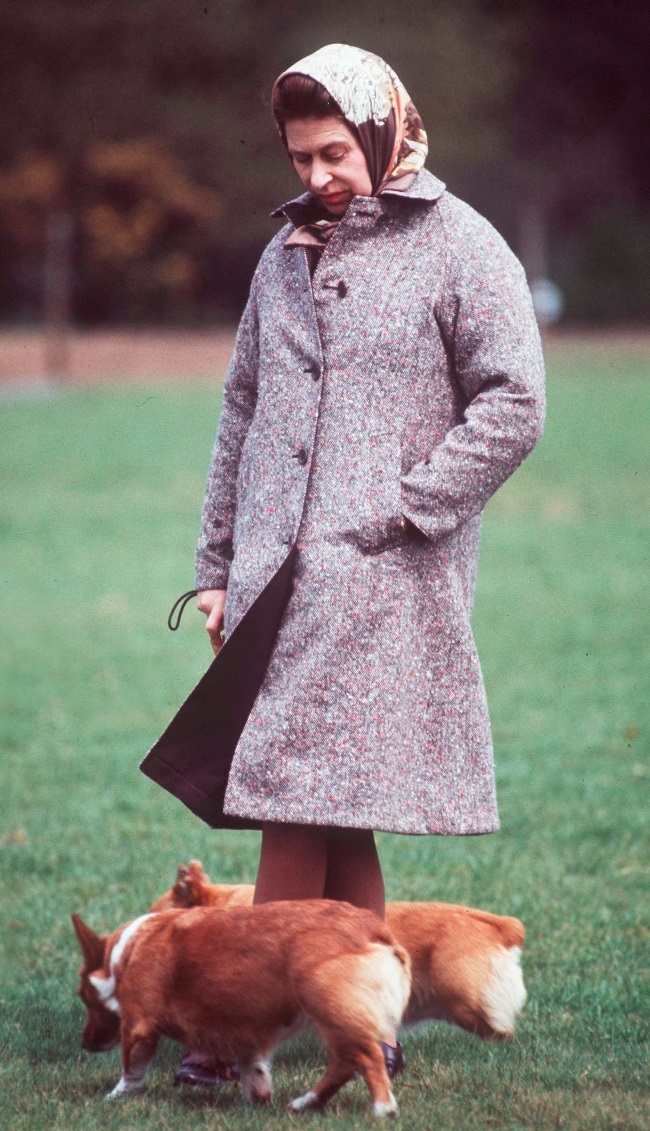 Paul won the queen over because of the patient way he treated her beloved corgis. (PHOTO: Getty Images)

Paul even has a house renovated by the monarch in Windsor Great Park. He moved there at Her Majesty’s request when she decided to stay at Windsor Castle more often after her 80th birthday.

“The queen told him to decorate it to his taste and send her the bill. She said she wanted him to be comfortable,” a friend says.

He’s seen it all while working for the royals – weddings, divorces, scandals, family conflicts, deaths and births.

YOU pays tribute to Queen Elizabeth II with a magazine dedicated to the life of the iconic monarch and her reign. Buy your copy at leading retailers and online

He was also instrumental in stopping an intruder in his tracks when he gained access to Buckingham Palace to see the queen.

“The man seemed very tense, and I said, ‘Would you like a drink?’ ” Whybrew recalled in a statement.

“Immediately, he became more affable and replied: ‘Yes please, I'll have a Scotch’.”

He managed to keep the intruder there until police arrived.

Another eventful time in Paul’s life was when he appeared alongside Queen Elizabeth and James Bond actor Daniel Craig in a skit for the opening ceremony of the London Olympics in 2012.

Royal watchers were pleased to spot Paul during the funeral procession.

”Tall Paul Whybrew, the queen's page for 40 years. Imagine telling jokes and watching TV with Her Majesty?” one fan wrote on Twitter.

“It was wonderful to see Paul Whybrew (Tall Paul) marching to honour our late queen. He's served Her Majesty for decades. Thank you to Paul Whybrew for looking after our late beloved queen. He was loyal till the end,” tweeted another.

But there was someone else walking in the procession who was also impossible to overlook. 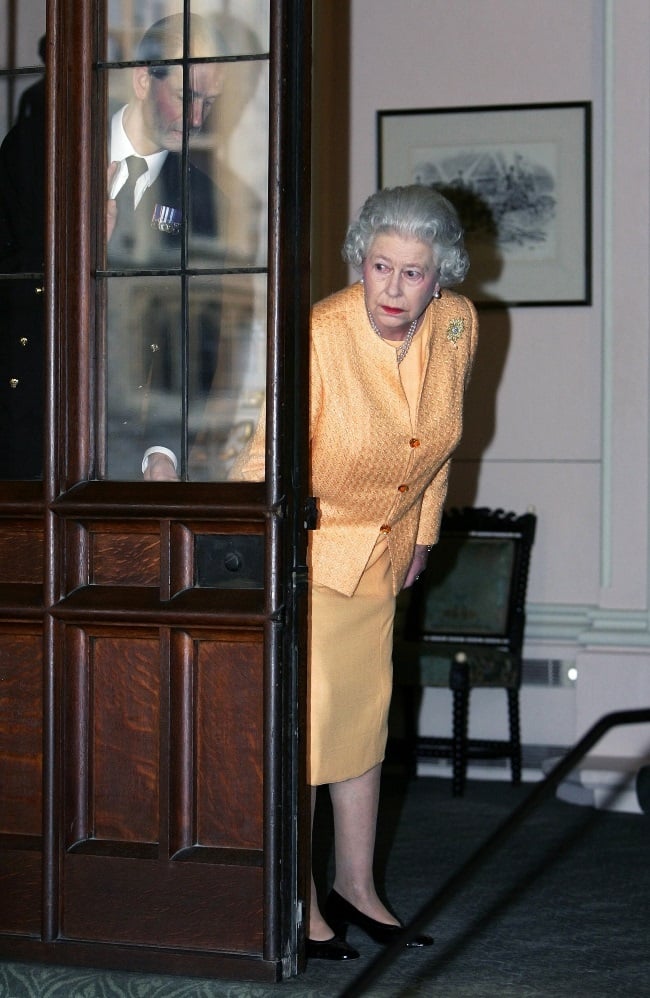 With the queen, peering around a door at Windsor Castle. (PHOTO: Getty Images)

Standing at 2,18m, Matthew Magee makes Tall Paul look short. Matthew, the queen’s former private secretary, is said to be the tallest man to have been in the Crown's employ.

Viewers of the funeral couldn't help but wonder who the tall man was.

“Who is this insanely tall man?" one tweeted.

“I can't stop paying attention to the incredibly tall man walking in front of the vehicle carrying the queen’s coffin,” another wrote.

Some even mistook him for a royal protection officer, while others enjoyed speculating about what job he could have held. Paul (left) has been working for the royals since he was 19 years old. (PHOTO: Getty Images)

“That very tall man in the funeral procession, a member of the royal household, must be the royal light bulb changer,” one joked.

“He’s very well known as the Captain of the Royal Household Basketball Team,” another quipped.

Matthew started off working as the Duke of Wessex, Prince Edward’s private secretary before joining the queen's team as a personal assistant in 2018, replacing Samantha Cohen.

A royal insider says his brilliant brain landed him the job. “He's a smashing guy with a great sense of humour."

Although he had faithfully served the queen for four years, his future at Buckingham Palace has not been confirmed now that King Charles III is taking over the throne.

We live in a world where facts and fiction get blurred
In times of uncertainty you need journalism you can trust. For 14 free days, you can have access to a world of in-depth analyses, investigative journalism, top opinions and a range of features. Journalism strengthens democracy. Invest in the future today. Thereafter you will be billed R75 per month. You can cancel anytime and if you cancel within 14 days you won't be billed.
Subscribe to News24
Next on You
YOU in the UK | You could hear a pin drop: in the crush of the crowd at the queen’s funeral