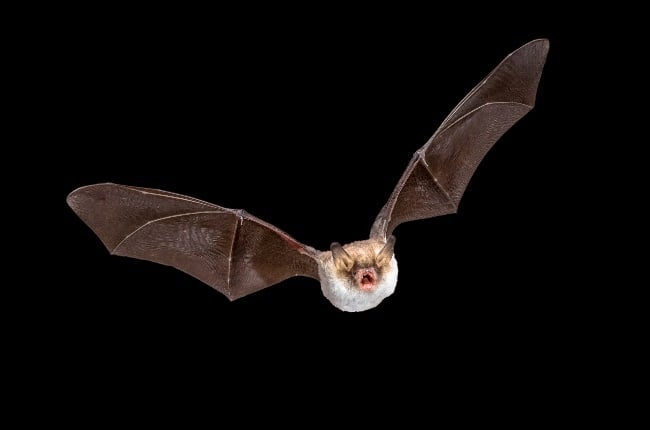 Although Natterer’s bats have tiny bodies they have a wing span of 30cm, which can make them look rather intimidating. (Photo: Gallo Images/Getty Images)

Beyond the entrance to a dank, forsaken chalk mine on the edge of a wooded thicket in Surrey, England, I’m waiting for the arrival of what may just be the planet’s most unpopular creature. This year’s, certainly.

It’s late September and the time is a little after 7pm. Above us, the harvest moon, full and bright, takes its place at the head of things. At least we won’t be in total darkness.

“Shouldn’t be long now,” says ecologist Daniel Whitby, beneath his head torch. There are five of us in the mine: Daniel; his fellow ecologists, Annika Binet and Liz Walsh; and Walsh’s husband, Ronan, who’s just tagging along.