From its early days as a whimsical, arthouse space through more recent waves of influencers and pool inflatables, the world’s favourite photo-sharing app has entertained us, upset us – and changed our sense of self, rewiring society for good and bad

The most-downloaded app of 2010 made the photographs you took on your phone look way cooler. Vintage-effect filters, artful vignettes and a square-frame layout gave your ordinary snaps a pleasingly nostalgic Polaroid appeal.

But 10 years later, barely anyone remembers Hipstamatic. It was a different photo-sharing app, which launched snapping at Hipstamatic’s heels on 6 October 2010, that went on to change the world. Last month more than a billion people posted photos on Instagram.

There’s more to this story
Subscribe to News24 and get access to our exclusive journalism and features today.
Subscribe
Already a subscriber? Sign in
Next on You
THE BIG READ: Adrenaline junkie Wim Hof reveals how he turned the health benefits of ice into a lucrative business 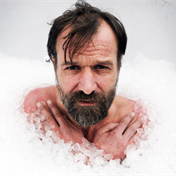