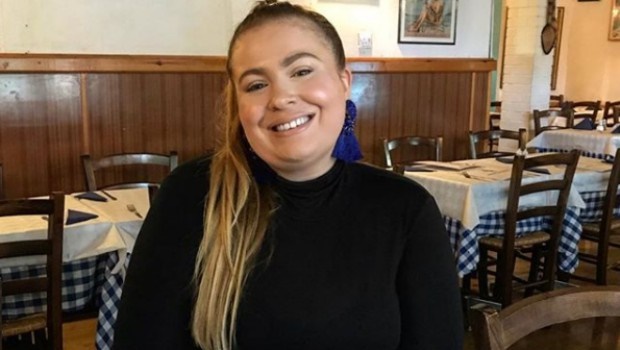 For this body-positivity blogger being larger was a healthier option.

Danica Marjanovic from Belfast, Ireland, who suffered from body dysmorphia – a disorder involving an obsessive focus on a perceived flaw in one’s appearance – as a teenager (when she was a size 10) has revealed she’s happier being a size 16.

The 24-year-old regularly documents her journey on Instagram and has more than 36 000 followers who love her message of self-love.

Danica, who describes herself as a “fat activist”, recently posted a side-by-side picture of herself at sizes 10 and 16.

“I can’t tell you how many fake health concerns/bullying/body-shaming comments I get that start with ‘I am all for self-love but you should be working out to love your body’,” she writes on Instagram.

“Would you tell an underweight anorexic patient in the early stages of recovery to start exercising to prove she loves herself? NO.

“Just because my body does not conform to society’s standards of an eating disorder-recovery body does not mean I am not overcoming a serious issue with restricting my food.”

The blogger went on to say that gaining weight helped save her from herself. “From months of therapy I’ve been told I essentially recovered myself out of what sounded like undiagnosed anorexia. Want to know why I was never diagnosed?” she says.

“Because I always felt not skinny enough to go get help about my issues with food and body image.

Although Danica has fully embraced her curvy body, she reveals that internet trolls still have negative things to say about her weight.

“Society will continue to shame and guilt you into thinking you are a burden. We are a stigmatised group,” she wrote.

According to Barcroft TV, Danica now has her eyes set on becoming a plus-size model and has even entered a competition.

"There is nothing wrong about your body as long as you're happy and healthy. Those are the two most important things."