Husband abandons wife after she is diagnosed with cancer

A young nurse who lost her hair because of chemotherapy revealed how her husband abandoned her just three months after their wedding.

Zhang Xi, from Langfang in China, was diagnosed with acute lymphoblastic leukaemia – a type of cancer in which the bone marrow makes too many white blood cells – back in July. As a result of her diagnosis she sadly had to terminate her pregnancy.

Having just tied the knot with her husband in April, the 27-year-old expected full support from the love of her life.

But her husband, from Fujian Province in China, refused to visit her in hospital apart from one occasion and her in-laws have since demanded they get a divorce.

Instead of supporting her fully, Zhang’s husband, whose name is unknown, opted to pay her a so-called ‘care package’ which amounted to 45, 000 RMB (R91 000). 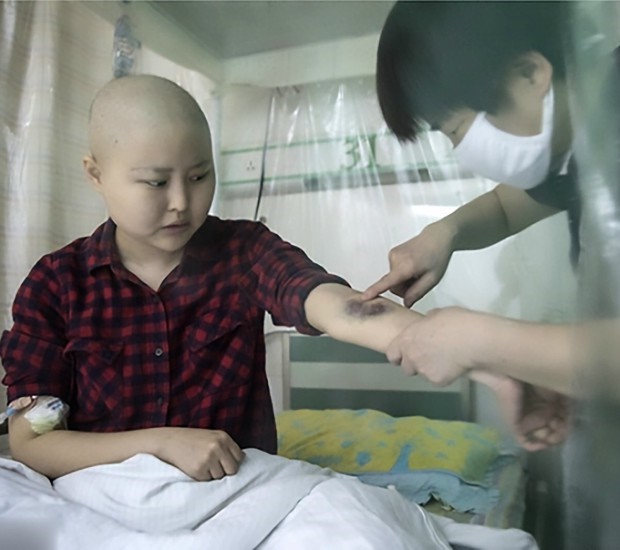 "I’ve experienced both human coldness and warmth during my illness," says Zhang.

Her spouse has since returned back home and his mother has repeatedly called Zhang insisting on a divorce so that her son can move on and marry someone else. Zhang, whose mom is caring for her, says she is relying on her dad’s monthly salary to survive and pay for her expensive treatment but hopes to pay him back once she’s recovered.

"If I manage to live through this, I promise to spend the rest of my life repaying my father and mother," she added.

Her only hope now is to receive a bone marrow transplant, but doctors have yet to find a match.

Read more on:
cancerhusbandchemotherapy
LATEST YOU