‘I was starving my baby’: Mother shares heartbreaking breastfeeding story 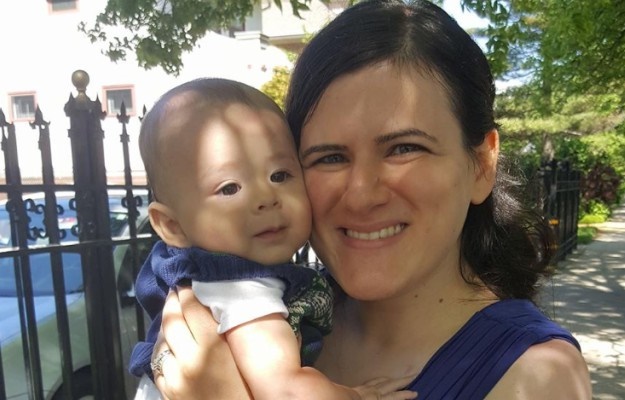 Parents don’t often take note of their new born baby’s irregular sleeping patterns because it's pretty much seen as the norm.

But for Andrea Rodas, it was a telling sign that she’d been unknowingly starving her baby for two months.

The 26-year-old mother made the decision to breastfeed her baby since he was born even though she found it to be a bit problematic – as it would hurt her from time-to-time.

"Breastfeeding was very painful at the beginning, and the nurses told me that it shouldn't have been,” Andrea tells Mirror News.

She thought her son, Jorgie, was perfectly healthy after he went back to his birth weight after two weeks.

As with any newborn baby, Jorgie would wake up frequently during the night but the 26-year-old managed to find a way to sleep train him. She also blamed his lack of eating on the possibility that he might be teething.

Andrea, who had been pumping breast milk occasionally, had decided to stop after reading an article about babies gaining more nutrients from breastfeeding.

Jogie then lost 0.5 kg but Andrea ignored it, thinking her scale might be faulty. His feeding time also went from ten minutes to only three.

“I didn't trust the scales we have at home, I will never forgive myself for making that crucial mistake.

“He would cry, but I thought it was because he was full and didn't want to be forced to eat anymore. I'd give him his pacifier, and he'd be fine,” she said.

As Jogie got thinner, Andrea got concerned and decided to switch from breast milk to formula milk.

After he’d picked up some weight she realised that she had actually been starving him for eight weeks – as her breast milk had dried up.

“He's been a totally different baby. He's so much happier!” Andrea said.

The 26-year-old struggles to forgive herself after seeing Jogie, at a low of 5 kg at his six-month check-up. She shared her story on Facebook to prevent mothers making the same mistake.

“I will never forgive myself for being so foolish. I cried myself to sleep and told Jorge (my husband) that I should be arrested.

“I just want to educate other parents or future parents. Our children's lives depend on it,” she added.

Read more on:
teethingbreastfeeding
LATEST YOU