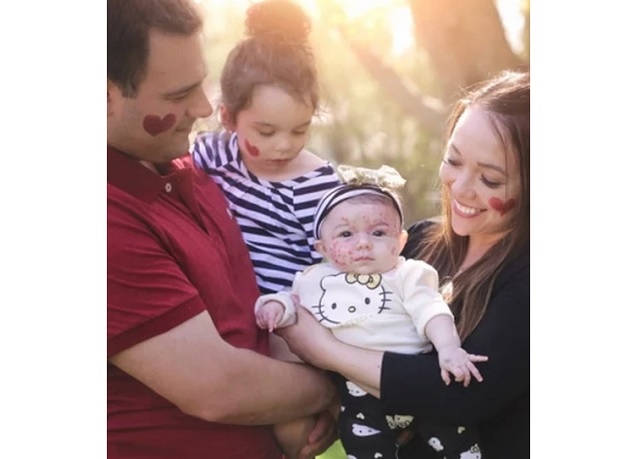 May is International Month of Awareness for Vascular Birthmarks.

As the name suggests, the month has been earmarked to raise awareness around the non-cancerous tumours and lesions that develop one to four weeks following birth. Most would recognise these as port-wine-stains or strawberry marks.

The US mother in the story is the latest mom to come forward about the disorder, speaking out about her daughter's diagnosis and treatment.

An American mom of two is speaking out after strangers confused her toddler’s rare birthmark treatment for abuse and a contagious disease.

Deanna Latino (32), a student nurse practitioner from Rockford, Illinois, has had to deal with stares and unsolicited comments ever since the birth of her 13-month-old daughter, Bianca.

The little girl was diagnosed with a port wine stain at four days old after doctors initially believed she had a bruise from labour that would fade in a few days.

The birthmark that covers nearly half her face is part of Sturge-Weber syndrome – a condition that affects the development of certain blood vessels, causing abnormalities in the brain, skin, and eyes. 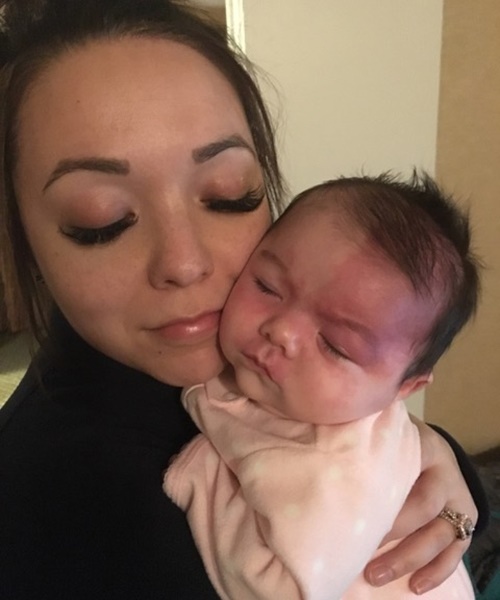 When she was three months old Bianca started pulse dye laser treatment to the tangle of blood vessels under her skin. Parents Deanna and Brandon (33) hope it will stop the birthmark from growing to the point that it disfigures her face.

“Pulse dye laser treatment helps rewire the blood vessels underneath to redirect the blood flow in an appropriate way beneath the skin,” Deanna said.

“It’s like there’s a highway with lots of cars all going to one location but it’s not emptying, so the laser helps the vessels to empty appropriately.

“If we didn’t treat the birthmark, it would continue to grow and could cause a facial deformity, harden up and become darker in colour.

“It always looks worse after treatment, like little burn marks, and we have to keep it moist with Vaseline while it heals for two weeks. “Many times when I’ve been to the grocery store people have asked if she’s having an allergic reaction or fear she has measles because I’m an antivaxxer.

“Mothers keep their children away from us. The worst is when people stare and ask if I hurt my child.

“I don’t blame people for being curious, I want to educate them so they’re less ignorant and more understanding.”

Only 3% of people with a port wine stain will have Sturge-Weber syndrome like Bianca.

There’s no cure and as the little girl grows so will her birthmark. This means she’ll need treatment for the rest of her life.

“One day I thought about putting on makeup to mimic her birthmark and go to a store to see how people would react so I could put myself in her shoes in the future,” the mom of two said. “But I couldn’t do it. I don’t like to be stared at and I didn’t want her to be teased or stand out because of that.”

Her parents have dubbed her “polka-dot cutie” and as her 10th pulse dye laser treatment is scheduled next month, Bianca’s birthmark is barely noticeable and so vastly reduced that Deanna barely recognises how she used to look.

“Bianca’s birthmark has changed significantly through the lightening of laser treatment. She barely looks like she has a port wine stain on her face.

“The results are great. I recommend to any new parent questioning if their child should go through it. It’s amazing to see the before and after results.”