'Our last-ditch attempt to save our marriage actually worked' 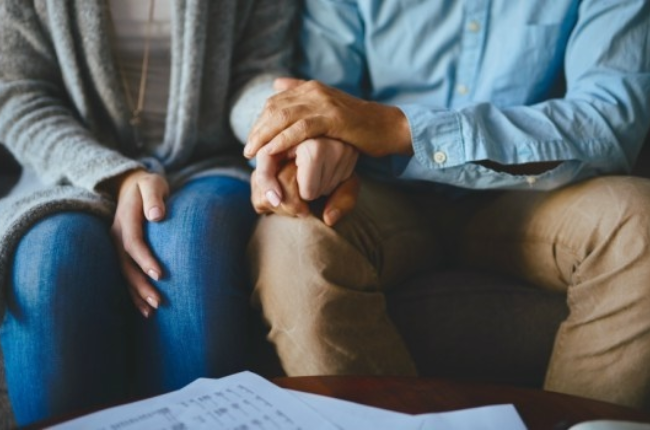 Kathie (34) and Robert Mitchell* (38) thought their marriage was doomed. So they were shocked when their last desperate attempt to fix it worked  –  and now they're happier than ever.

Kathie shares their story with YOU.

My younger brother, who was five years younger, was born with intellectual and physical disabilities. He was also prone to frequent seizures and often required hospitalisation.

This put greater stress on what was already a fairly stressed out situation. My father, who suffered from a mental illness, did not feel compelled to work or provide for his family. As a result, we were very poor and often did not know where the next meal was coming from.

At heart, he was a kind and gentle man but also very disengaged and absent. He spent a lot of time tinkering around in the shed, although there was never anything much to show for his efforts. My mother in many ways was the exact opposite, she responded to the stresses with a lot of screaming and yelling.

She was emotionally abusive, easily angered and very sharp with her tongue. Many of my childhood memories were of my parents fighting and of my mother driving off in the car in a rage.

We both learned from that conflict is growth wanting to happen, and that our partner was there to help facilitate that growth and to help us to heal.
Kathie Then we both heard independently from different friends about a weekend couples workshop and we decided to give it a go, as one last ditch effort. I will never forget the morning of the course; we were the only couple to arrive separately.

And unfortunately his behaviour, which triggered negative responses from me, further reminded him of the harshness and lack of nurturing he missed from his childhood. We both learned from that conflict is growth wanting to happen, and that our partner was there to help facilitate that growth and to help us to heal.

It seemed an impossible ideal, but somehow, during the various exercises we undertook both during the weekend away as well as for a few sessions with an Imago therapist afterwards, I saw this starting to unfold.

You can see how for other people, their spouses habits that really annoy them, wouldn’t both you nearly as much. The course taught us to really stop and think about those behaviours and actions that really trigger a deep and negative response and how that knee-jerk reaction is actually more strongly linked to your unmet childhood needs, than your spouse’s actions (which are actually sometimes quite minor).

In our two-day course I found more healing and personal growth than I had from many many years of counselling and therapy. My greatest regret is that we hadn’t heard of it and gone many years earlier, and even as a pre-marriage course. It certainly would have saved us many years of pain and anguish.

There is also a course for singles, and when our children are old enough, I would certainly encourage them to go on it, and most definitely the couples course before they get married.

We live in a world where facts and fiction get blurred
In times of uncertainty you need journalism you can trust. For only R75 per month, you have access to a world of in-depth analyses, investigative journalism, top opinions and a range of features. Journalism strengthens democracy. Invest in the future today.
Subscribe to News24
Related Links
Outrage as influencer announces she’s pregnant with her stepson’s child
7 things all healthy relationships need to thrive
7 Things you should know before you start dating
Next on You
Antiperspirants vs deodorants: what to consider when choosing between the two

Read more on:
couplemarriage
LATEST YOU