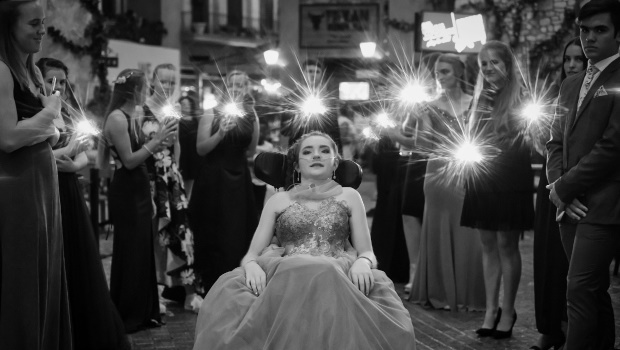 Despite battling a rare condition that’s had her hospitalised in recent months, a Krugersdorp teen who’d always dreamed of attending her matric farewell got to live her dream this past Sunday.

Nadia Du Plooy (18) was just two years old when she was diagnosed with Kearns-Sayre syndrome (KSS) – a rare neuromuscular and slowly degenerative disorder for which there’s no cure.

There’s only one other person in South Africa with this condition.

Nadia’s long dreamt of dressing up for an occasion like a matric farewell but being stuck in hospital for the past few months made it look unlikely she’d get the opportunity.

That was until her doctor heard about her dream and decided to enlist the help of her friends and family to make it a reality.

Dr Ally, together with the Reach for a Dream foundation, managed to organise a beautiful night that Nadia would remember forever.

“The assistance of sponsors and helpers came from all over Johannesburg and within a short period they organised Nadia’s own matric dance with her own fairy-tale dress, hairdo, make-up, ambulance to transport her and even an executive car for a photo session,” Pat van Schalkwyk, Nadia’s aunt, told YOU.

Nadia’s health has seriously deteriorated over the years, she adds.

“She attended Helpmekaar College last year and then underwent an operation in October 2018. From there, it all just went downhill. In the last year she was home for a total of six weeks. For the rest of the time she was in high- or frail-care in Pretoria hospitals.

“It was truly a year of hell, not only for her but also for the family.”

Ambulances were sponsored to transport her to Fireroom in Monte Casino – the venue was donated for the special evening – where Nadia had the time of her life surrounded by close friends and family. 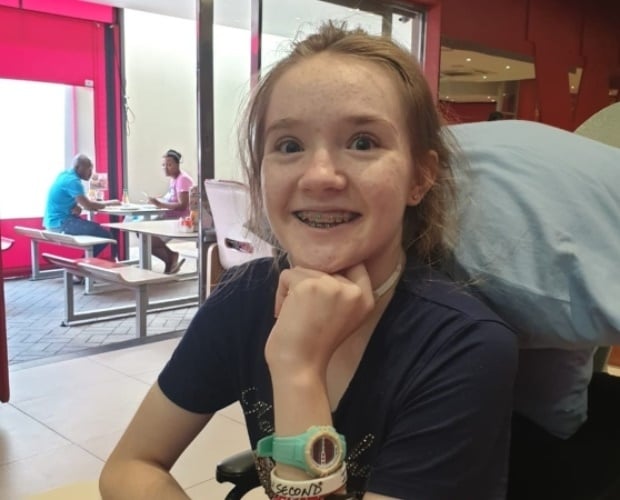 “Nadia’s body is just not willing anymore and every day is a bonus day,” Pat says.

“Currently her biggest struggle is her quality of life, which unfortunately does not come cheap.

“Although she has a caregiver, her parents are with her 24 hours a day. It’s such a blessing to have her home.”

Although Nadia knows she won’t ever be healthy, she’s ready to keep fighting – for herself and others suffering from this rare condition.

For more information on Kearns-Sayre syndrome and to follow Nadia’s journey, go to hopewithnadia.org

We live in a world where facts and fiction get blurred
In times of uncertainty you need journalism you can trust. For only R75 per month, you have access to a world of in-depth analyses, investigative journalism, top opinions and a range of features. Journalism strengthens democracy. Invest in the future today.
Subscribe to News24
Related Links
Bonang Matheba wants to give her red carpet dresses to matric students – here’s how you can...
From Porsches to a Gert Johan Coetzee gown – this girl’s extravagant matric dance was epic
Thandy Matlaila chats about the 27 Dresses initiative
Next on You
Stay on top of your health and beauty game with these 8 easy-to-use apps