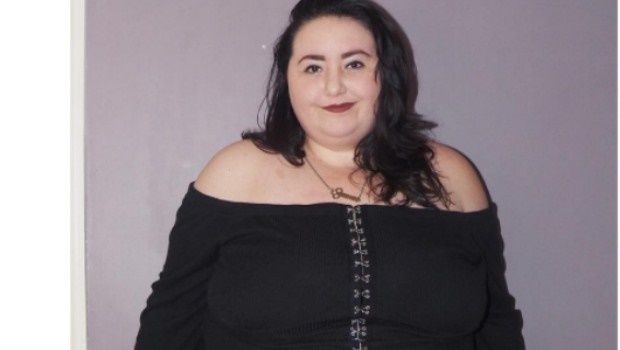 An American woman has shown the internet a fresh approach to dealing with online bullies – by killing her critics with kindness.

Lexie Manion, from New Jersey in the US, has been open and honest on Instagram about her struggles with depression, eating disorders and being bullied. She calls herself a body-positivity activist.

The 22-year-old recently posted a side-by-side photo of herself – in the one picture she’s wearing a sheer top and in the other, she’s wearing a mustard coloured sweater. Lexie was bombarded with negative comments about her body and weight after she shared the post.

“Yes you’re a beautiful human being, and I can’t deny that. But there’s a point in your life where health needs to come before confidence,” one person wrote.

“You’re really pretty and strong honey but being a bit healthier is better,” someone else wrote.

Others were downright mean and rude, with one writing: “You fat ass! Don’t show your fatness!!!”

After reading some of the negative comments and messages about her body, Lexi contemplated making her account private and blocking the internet trolls.

But in an article she wrote for Cosmo UK, the body-positivity activist decided to direct message them with compliments about things like their stunning outfits or beautiful smiles.

“Though I had low expectations, I hoped the people would be forced to acknowledge they’d trolled a real and compassionate person, then be inspired to think twice in the future before bullying me or another stranger,” Lexie says.

According to Huffington Post, Lexi said she only received a handful of responses to her compliments, but those who did take the time to write back no longer had bad things to say to her.

“This made me feel like I had made some sort of an impact while helping me cope in a way that felt authentic to me.

“People think they can say and do what they want, but nothing on the internet is ever anonymous,” she says.

Lexie encourages women to speak up and be open about their insecurities in order to empower one another.

“Because the more we speak up and break down barriers in positive and empowering ways, the more normalized our work becomes, which means that one day we can do even harder work,” she says.